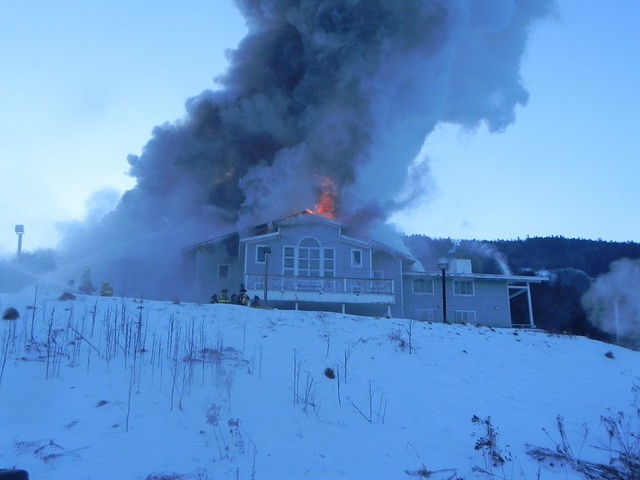 A fire destroyed the former Ascutney Mountain base lodge in West Windsor, Vt., Jan. 8. Fire crews from West Windsor and several local towns fought the blaze in temperatures as low as 10 below zero after the first call came in at 5:30 a.m. The cause of the fire is still under investigation.

“It is just unfortunate that this happened, although it does not alter our plans in any way, shape, or form,” West Windsor Selectboard Chairman Glenn Seward told SnoCountry.com. “We just need to figure out how to deal with the remains of the base lodge, how to best handle that.”

In October 2014, the town of West Windsor voted to buy the former ski resort that closed in 2010 to ensure the land will remain available for public use.

Seward noted that plans are moving ahead, having secured an option agreement with national nonprofit Trust For Public Land to secure 469 acres of the resort.  “We are starting public meetings shortly to get input from the voters with regard to future management of the property and what people would like to see.”

The Trust for Public Land will fundraise through federal, state, and private funding sources for the money to acquire the property. In October, Seward told us he hoped to have a closing on the property by July 2015. The 469 acres would go into conservation easement, permanently preserved for recreation activity for generations to come.

Seward is optimistic that the Town will move forward in creating a recreation area on the former resort land. “Things in many respects are quite right at this point. We are looking forward to implementing our plans for increased recreational trails and perhaps getting a downhill skiing operation up and going. I have been looking for lifts and groomers and such, so we are moving ahead.  All is basically good other than we’ve got a burned out building to deal with right now.”