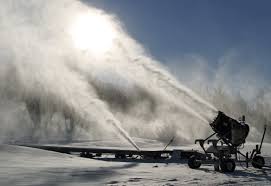 The federal government has until Monday, March 12 to respond to a lawsuit filed by the National Ski Areas Association that challenges a new directive that requires resorts operating on U.S. Forest Service lands to transfer water rights to the feds.

The suit was filed in U.S. District Court in Colorado in January and the requirement represents “uncompensated taking of private property” that resorts acquired at “great expense.” Owners also say the new rules require that if they sell water rights, they only can be sold to another ski operation. The Forest Service contends the new directive will result in water rights always remaining on the mountain.

This is not a “new” issue, and water rights ownership has been a bone of contention among ski area operators going back quite a few years. The new policy is part of the permit a resort needs to secure if it operates on a mountain owned by the Forest Service. It has raised more than eyebrows. Estimates are that as many as 121 ski areas are affected in 13 states.

The so-called bottom line here is resort operators are worried that they wouldn't get fair market value for the water rights if there was only one type of buyer, rather than allowing numerous bidders. NSAA officials say they had no choice but to file suit.

SnoCountry.com will update this report when the feds answer the suit.