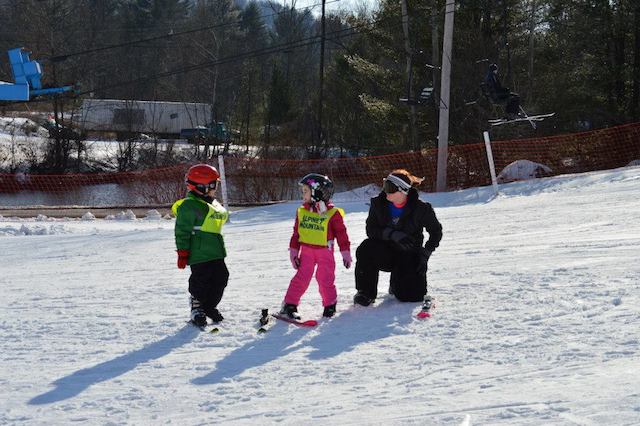 The ski area has been offered at an auction conducted by the Renaissance Auction Group. A high bid had been accepted, but the bidder failed to consummate the sale, forfeiting fees and deposits. Renaissance owner Bill Howze secured the new buyers earlier this year and all shares of the former Mountain Resort Ski & Golf, Inc. have been transferred. The ski area was operated by the existing owners this past season.

“We’re incredibly excited to have this opportunity to develop a first class winter sports experience at Alpine,” Kevin Fabiano said in a prepared release. “It means even more to us because this is our home. We want the citizens of Monroe County to be proud of this facility, its operation and the activities offered at the mountain. Once the improvements are in place, the economic benefit to the community will be significantly enhanced.”

Planned improvements include a complete refurbishing of the base lodge, upgrading auxiliary buildings, repairs to the existing bridge and parking lot, opening of four food franchises and the introduction of a number of summer activities. Live concerts are scheduled Memorial Day, July Fourth, and Labor Day with a Latin Festival planned for August.

Other plans include installation of an ice skating rink and expanded snowboarding park to be the largest in the state. Three professional snowboarding have already been scheduled for next winter.

Alpine currently offers 21 trails of varying difficulty, night skiing, terrain parks, snow tubing and a ski and ride school. Elevation on top is 1,150 feet with a vertical drop of 500 feet.

The Fabianos have legal and accounting backgrounds and are said to be “accomplished winter sports enthusiasts.”

What It Means: Finally, the future looks bright for this Pocono ski area. Add this news to the earlier announcements of major improvements at Camelback Resort, about a 25 minute drive apart, and the Pocono ski scene is on the move.