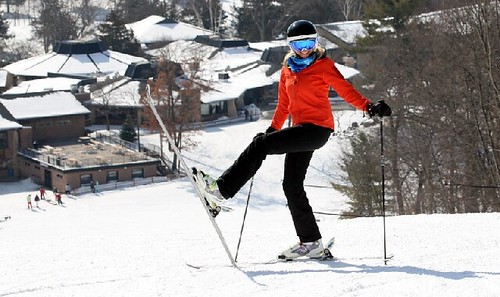 Wisconsin ski resorts have been busy getting ready for the coming winter. Here are some highlights:

Granite Peak With the addition of it's third high-speed chairlift this summer, 72 of Granite Peak's 75 trails will now be served by high-speed lifts. (Read full Granite Peak story from September here).

Grand Geneva is offering a new frequent skier punch card. You get 10 days of skiing or riding, good anytime during the 2014/15 season for $250.

Christie Mountain, one of my favorite Heartland small ski areas, is offering $2 beginner lessons this winter for those eight and older. The lessons will last up to an hour, and no need for reservations. Just show up. Rental equipment is extra.

Mt. La Crosse is offering a new student night on Mondays throughout the season. A lift ticket is just $11, and you get $5 off rental equipment, no reservations needed. A valid student ID is required for college students.

Nordic Mountain has made some dramatic improvements the last couple of years. This year they purchased another snow cat to improve grooming, and they remodeled the rental building. An eight-hour flex ticket is being offered allowing you to ski or ride when you want, and snowmaking capacity was doubled. Also new this year is significant savings on lift tickets purchased online in advance, savings of up to 60 percent on some midweek days. Several days have already sold out. Don’t delay.

Devil’s Head has also increased snowmaking capacity by enlarging their primary snowmaking pond and quadrupling water capacity, which will allow them to blanket the ski hill more quickly. A new observation deck on top of Serpents Mound will offer great views of the slopes and the place to soak up some sun. They also added new rental equipment, and, over the last couple of years replaced some older, slower lifts with new variable speed quads improving uphill capacity.

Cascade Mountain improved their terrain parks making them longer, steeper and added many new features. They also doubled the number of lanes in their popular tubing park.

Sunburst, which claims to have the world’s largest tubing park, offers a popular Science of Tubing educational program for schools taking physics out of the classroom. They’ve also added new boot drying racks in the lodge, and Freschi’s Fresh Food Café is featuring new artisan sandwiches, freshly made salads and soups, as well as Starbuck’s coffee and espresso.

Camp 10 has reworked the upper portion of the ski hill through a selective logging project with Packaging Corp of America, rebuilt their two grooming machines, extended the snowmaking system, and made some significant improvements to the Horsefeathers run.