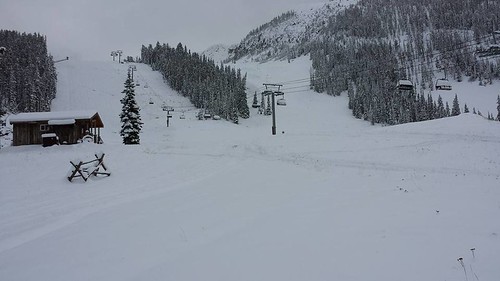 If the lift lines are getting too long for you – and you have an extra $4 million around – then Cimarron Mountain Club is just the ticket. There’s one hitch, though: Only 12 people get to buy into the resort.

Denver attorney John Aronstein has owned 2,000 acres on the north slope of the Colorado San Juan Mountains since 2002, but now looks to develop his personal winter playground into the most exclusive ski and snowboard mountain in the West.

“I’ve always had in the back of my mind this idea of doing something that would combine a real wilderness experience with some of the comforts of life,” Aronstein said. “We all complain when we’re in a lift line. I thought, there must be a better way to experience the sport. I wanted to approach it in a different way.” 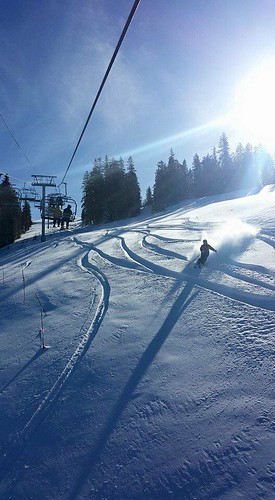 More than 60 trails have been cut along a 2-1/2 mile ridge off 11,453-foot Castle Rock peak. There’s a spate of beginner trails, but the true appeal comes from the chutes, couloirs and steep glades on 1,600 vertical feet on the north end of the mountain slope.

Access to the skiing terrain will be via Snocats – unlimited rides for members -- and snowmobiles, the latter of which is the only way into the dozen multi-million-dollar homes to be built on the property. Home site prices range from $2.7 million to $3.8 million, and annual dues start at $50,000.

Cimarron Mountain Club joins Wyoming’s Yellowstone Club as the only completely private resort with a ski mountain.
At Yellowstone Club, there might be a very short lift line or two as the development already has several hundred members, and financier-owner Sam Byrne plans to offer up another 260 home sites this season. Lots range $2 million to $5 million, with existing homes going for as high at $15 million.

Unlike Cimarron, Yellowstone Club has 15 chairlifts already in place – the legacy of several failed development attempts in the past – that serve some 2,200 acres south of Big Sky Resort in southwest Montana.

For the less-healed who still want their own mountain, Eagle Point Resort in southwest Utah will rent the whole ski and snowboard hill for three weekdays (Tuesday through Thursday) throughout the season.

The deal costs $10,000 and comes with tickets and rentals for up 200 people. Some 40 cabins and condos are available for an additional cost. The 12,000 square-foot Canyonside Lodge awaits for social gatherings and entertainment, plus Eagle Point culinary staff will serve up customized meals for the visitors.

More posts from author
Sunday, 12 July 2020 Some Western Resorts Go Ahead With Lift Construction; Others Put Them On Hold
Monday, 06 July 2020 Flyin' High: Ziplines Open Up In The Rockies
Monday, 29 June 2020 With Caution And Caveats, Colorado Resorts Open Up For Mountain Biking