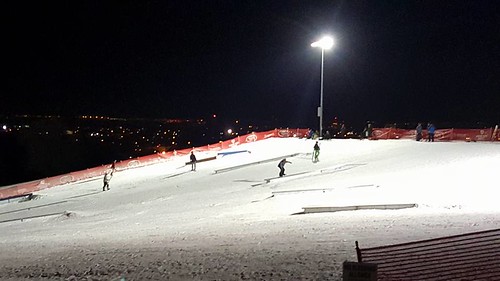 “Thanks to Ruby Hill, those who might not have the means to come to the mountains can still experience the thrill of skiing and snowboarding,” Winter Park’s Steve Hurlburt told SnoCountry.com. ‘”Hopefully, it creates more fans of the sport who wouldn’t otherwise be.”

All participants can hit the jibs from dawn to 9 p.m. – the normal city park hours – as the park has lights for evening shreddin’. Helmets are highly recommended.

On Fridays evenings, and during the day on Saturdays and Sundays, representatives of Christy Sports are on hand to rent out snowboards and skis to youths ages eight to 17 for free, as long as a parent or guardian is present.

The terrain park has eight boxes and rails configured for beginner, intermediate and advanced shredders.  Organizers, which include some 30 volunteers who help maintain the park, also run events and contests at the park.

Since the Denver terrain park opened, dozens of cities across the United States have followed suit. Proponents say they not only introduce the sport to folks who might not have the wherewithal to get to the mountain resorts, it also provides an off-season companion for skateboarding. 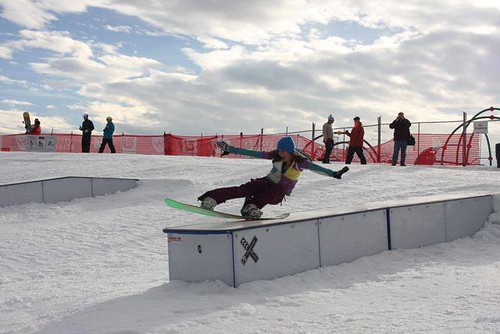