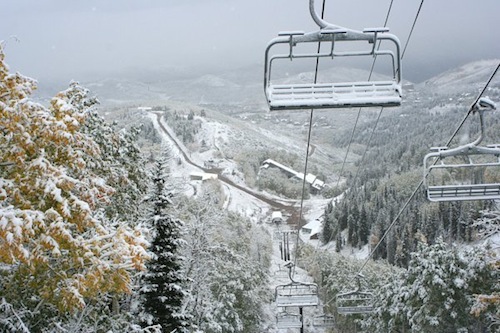 No decision was reached today (Aug. 27) at a court hearing where a bond amount was expected to be set in the ongoing legal dispute between Park City Mountain Resort and Talisker Land Holdings/Vail Resorts. Instead, the hearing will resume next Wednesday, Sept. 3 at 1:30 p.m.

The Silver Summit Justice Center was packed awaiting a decision by Third District Coutrt Judge Ryan Harris. However, the judge said he had reconsidered his earlier plan to render a decision today and delayed that decision for a week.

Judge Harris said the delay was based on new information submitted by the parties and the fact that mediation has been extended through Friday.

The two sides apparently remain far apart with Talisker/Vail Resorts wanting the bond set at $123.9 million and PCMR valuing the bond somewhere between $1.02 and $6.56 million.