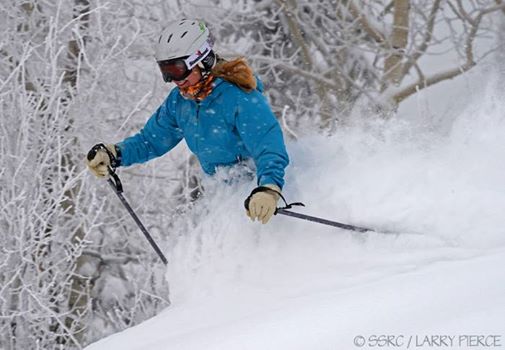 Skier visits at the 21 member resorts of Colorado Ski Country USA (CSCUSA), a trade association, totaled 7.1 million in 2014/15, off by a little more than one-half of one percent compared to last year’s total. The numbers were reported at the groups annual meeting this week.

However, this estimation shows CSCUSA resort visits up over the five-year-average by 6.5 percent. Non-CSCUSA member resorts declined to report Colorado visits for 2014/15, so a statewide total is not available. Vail Resorts are not members of the group.

“Fueled by momentum from last year’s record setting season, skiers took advantage of the improving economy and Colorado’s reputation for dependable snow conditions to explore our variety of world-class and artisanal resorts,” stated Melanie Mills, president and CEO of Colorado Ski Country USA. “We’re thrilled with this year’s numbers, especially in a season that saw snow totals that were 36 percent below the 10-year average during the core of the ski season, as it’s a real testament to the caliber of Colorado Ski Country USA’s brand of resorts and the dedication of our guests.”

Ski school was an especially strong performer in 2014/15, with lesson volume, participation, and revenue showing strong gains. CSCUSA members’ lesson results outpaced the nation and the Rocky Mountain region and we are pleased to see our efforts to grow the next generation of skiers bearing fruit.

Ideal snowmaking conditions and some early season snowfall led to an eagerly anticipated ski season opening on October 17, 2014. The October opening was followed by unseasonably warm temperatures that delayed a few resort openings.

“Our in-state skiers, who usually populate the slopes early in the season, didn’t really start skiing until temperatures became more in line with winter,” said Mills. “Snow didn’t come in earnest until mid-December and that’s when the pendulum swung the other way and we were fortunate to have good snow conditions and cold temperatures over the popular holiday period,” said Mills.

Despite spells of warm weather in January, by mid-season CSCUSA resorts exceeded expectations for popular ski weekends when skiers showed up in droves. Wintery weather returned in February giving way to spring conditions in March and April with the deluge of snow in May adding powder days and snowpack.