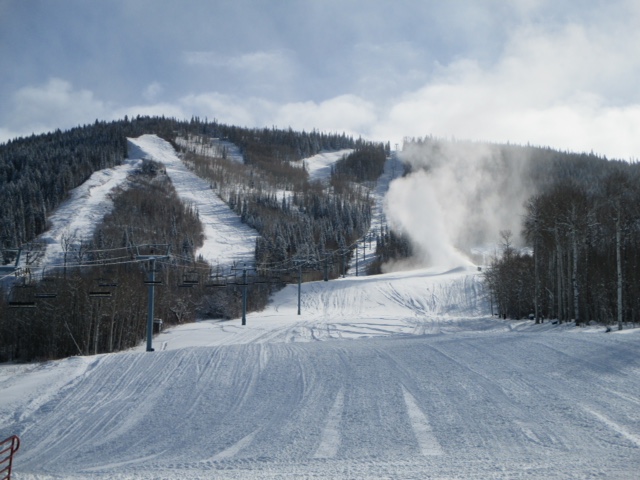 A $5 million investment in Powderhorn Resort outside Grand Junction, Colo. was announced this week by owners Gart Capital Partners and Andy Daly. Goal is to improve both winter and summer recreation.

Topping the list of improvements will be a Poma high-speed quad chairlift along the same alignment as the current Take Four lift. The new lift will cut ride time in half while offering comfortable seats and footrests for lift riders. The bottom terminal will be lowered by approximately eight feet to create much easier access to lift loading area.

Construction is set to begin this summer and the new chairlift is expected to be ready for opening day in mid-December for the 2015-2016 season.

Locals and regional skiers and riders will also appreciate additional snowmaking on the lower portion of the intermediate trail Bill’s Run to assure high quality terrain conditions on opening day in mid-December. 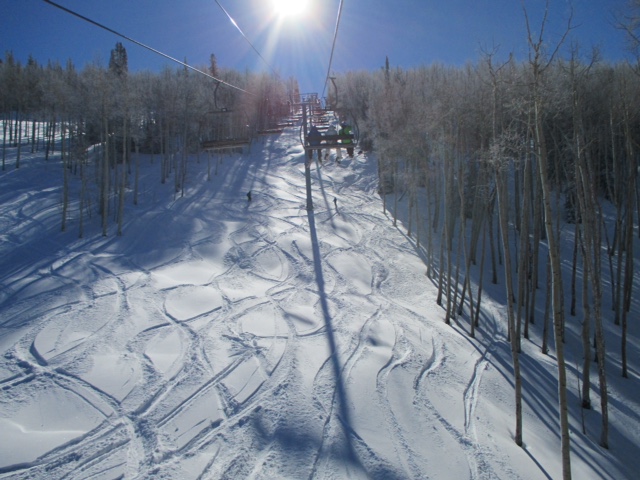 “These are the first major improvements at Powderhorn in more than 20 years and the anticipation is already building,” enthuses General Manager Sam Williams. “This investment allows Powderhorn to move forward with its ability to become a more enticing winter  and summer destination for regional residents and destination visitors on a year-round basis.”

Summer improvements will get a boost with the inclusion of bike carriers on the new quad lift that will allow mountain bikes to be transported up the mountain. Plans also call for construction of the first phase of a comprehensive new mountain bike system that gets underway this summer.

“Powderhorn has catered to Grand Valley residents and families for many years and that isn’t going to change with these improvements,” assures Tom Gart of Gart Capital Partners (GCP). “We’ll still have the laid-back, family-friendly culture that is part of Powderhorn’s heritage and culture and we’re confident the new lift will be greatly appreciated by our loyal guests. Plus, the arrival of the first few bike trails next summer to start the new mountain bike network will provide a cool cycling destination--especially during the hottest months of summer,”

“We really wanted to say ‘thank you’ to our season pass holders for sticking with us and being loyal to our mountain,” says Williams. “They’ve been waiting for a high-speed lift for quite awhile and we’re happy we get to deliver that next year along with a great season pass price.”

This latest commitment to ongoing capital improvements for Powderhorn is in addition to the more than $1.7 million that has been invested since Daly and GCP purchased the resort in September 2011. Those investments range from more than $1.1 million in base area enhancements, lift maintenance, new ski and snowboard rental equipment, and trail improvements, to nearly $600,000 dedicated to critical operational investments in planning & development, snow groomers, and computer and IT upgrades.

“This expansion is locally driven and locally supported to enhance regional tourism and that feels really good,” explains Daly. “Leitner-Poma and Home Loan State Bank have recognized the value of supporting local recreation and because of that, we are moving forward to take Powderhorn to a new level for both summer and winter….and that is a great move for all of us,” concluded Daly.

Photos: Powderhorn Resort near Grand Junction, Colo. is getting a facelift (Powder Mt.) 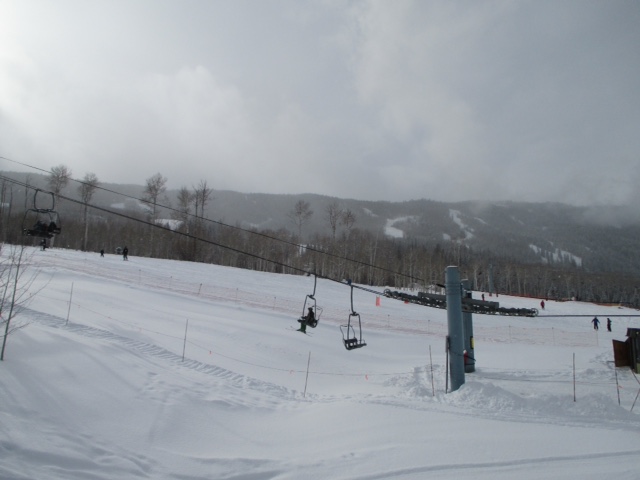