Climb Before You Slide? Popularity Is Growing At Colorado Resorts 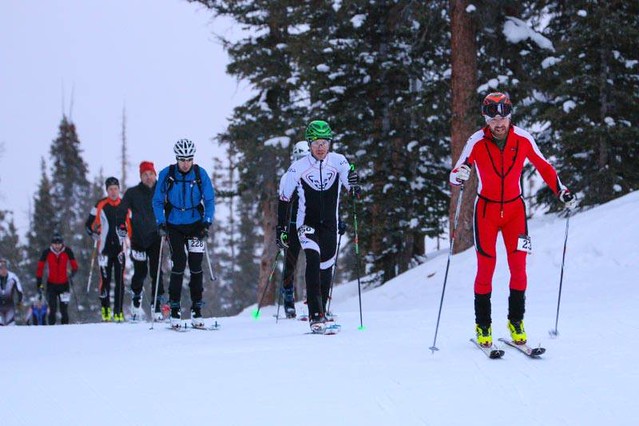 In these days of high-speed quads, heated seats and WiFi in gondolas, it’s heartening for traditionalists to know that the ritual of climbing up to ski down is still quite popular.

In recent years, uphill access via skinning, hiking or snowshoeing has caught the fancy of a health-conscious element among skiers and riders, and Colorado mountains have responded.

The vast majority of Colorado ski and snowboard mountains sit on public lands and, as such, must permit access by the public as much as is safely possible. Therefore, those who skin, snowshoe or carry their equipment must be allowed onto the mountains that have lifts whenever and wherever feasible. Head lamps and reflective clothing are standard for after sunset and before sunrise activities.

At Crested Butte Resort, where telemarking and back-country trekking has been a tradition for years, uphill-ers pay $10 to can go anywhere there is a groomed trail on the mountain – with periodic closures -- before the lifts open and after they close. Headlamps are required.

During daytime hours of operations, the front side has designated uphill skinning and hiking trails that begin along the side of Columbine but quickly cuts into the trees so that uphill-ers rarely see or notice downhillers, says Crested Butte’s Erica Mueller.

“You really feel like you’re not at the resort,” Mueller tells SnoCountry.com, noting the resort gets an average of 50 uphill skiers on off-hours and about 10 when lifts are running – including dogs if they stick to designated trails.

At Arapahoe Basin, another old-school mountain that attracts a hardy crowd, uphill skiing is permitted during operating hours on the east side of High Noon to mid-mountain. After hours, people can ski or hike to the summit – at the discretion of ski patrol.

"Basically, allowing uphill access before, during and after operating hours simply lets our guests use the mountain in a different way,” A-Basin’s Adrienne Saia Isaac told us. “Allowing uphill access is in the spirit of allowing access to public land, and we aim to invite people to explore our mountain as long as it is safe to do so."

At Monarch Mountain, uphill-ers must concede the slopes to downhill skiers and snowboarders at 9 a.m. but there is no charge to roam the slopes and trails in the off-hours.

Uphill-ers at Loveland Ski Area track together up Tango Road before splitting for either Patrol Bowl or Fire Bowl. An uphill pass is required but there's no cost.

At Steamboat, uphill enthusiasts get a free pass and armband that they must display at all times on the mountain. While lifts are running, they are asked to stay to the side of the runs; during off-hours, they must were reflective gear and keep an eye out for grooming equipment.

Photo: Heading up without riding a lift is still popular at Colorado resorts (Arapahoe Basin/Facebook)