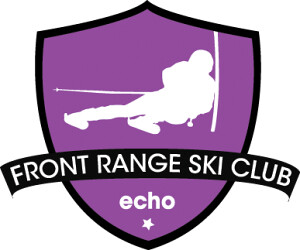 For three years, only budding ski racers have been able carve up Echo Mountain – the closest Colorado ski area to Denver metro, but In 2015-2016, it’s open for all again like it used to be.

Originally Squaw Pass Ski Area, the slopes sit on 200-plus private acres about a 40 minutes drive from the Denver area. The 85 acres of skiable terrain divide up into two large slopes and a winding beginner trail – with a triple chair (upper rope tow has been taken down).

Cut at 11,000 feet above Idaho Springs, the Squaw Pass operation lasted into the 1970s. In 2006, it was restarted as Echo Mountain and ran until 2012. Current owner Nora Pykkonen, a ski racer mom, bought it and took it private – giving aspiring Front Range racers a place to run gates near Denver. It hosted early season training for national and college teams, plus staging several regional slalom and giant slalom competitions.

But, in 2015, Pykkonen decided to drop the ropes and welcome the skiing and riding public. Echo Mountain’s Jace Wirth told SnoCountry.com that Pykkonen wanted to realize the mountain’s full potential as the closest ski area to Denver.

“She wants to have an affordable, proximinal, family mountain,” Wirth told us. “You can come up for the evening and don’t have to fight the I-70 traffic (beyond Genesee Park).”

Ski racers will get in some preseason training until the mountain officially opens, scheduled for Dec. 10. After that, only a single training lane will be cordoned off for racing – and only at night.

The ski school will be focused on the beginner and novice skier and rider, providing a non-threatening, terrain-based form of instruction.