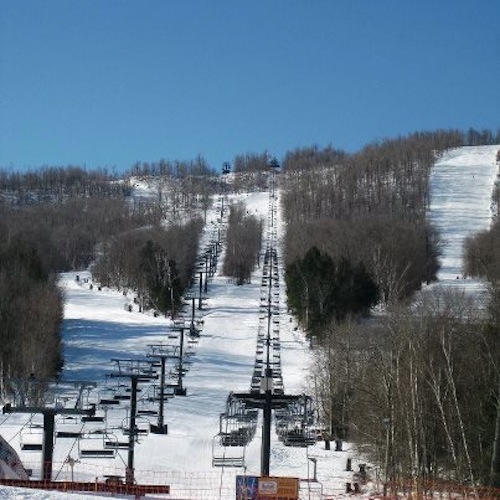 “The 2 year investment of over $11.3 million dollars confirms a commitment to the growth of the resort and also to the quality of the experience we provide,” Seamans said. “We are adding terrain and expanding services while updating and improving existing infrastructure.”

A new trail in the bowl between the west peak and the east peak; a complete renovation of the resort’s base lodge restaurant and bar; a new spa and yoga center; expansion of the Children’s Learning Center; development of a lift-served mountain bike park; investment in snowmaking infrastructure; two new PistenBully groomers, and continued improvements at the Resort’s golf course.

A new blue-square trail with snowmaking is the beginning of terrain expansion in “The Bowl.” This is the third new trail added to the Resort in the last two years bringing Windham’s trail count to 53.

The restaurant and bar located on the third floor of the base lodge is undergoing a complete renovation. The renovated restaurant will feature vaulted ceilings, two fireplaces and two separate bars.

The resort is building a full service spa and yoga center. Open all four seasons, the slope-side spa will boast world class services, treatment and products. Non skiing resort-guests will also have easy access to the spa, which is located at the base of Whisper Run built in last year’s expansion.

The Resort is also enhancing its commitment to being a year round destination by partnering with Gravity Logic in the development of a lift-serviced mountain bike park. (See SnoCountry story).

Expansion of the Children’s Learning Center will allow for increased occupancy to an important amenity offered at the resort. The CLC provides indoor activities and ski and snowboard lessons for 2-7 year olds.

Continued investment in the Resort’s Golf Course and Country Club includes the renovation and addition of 26 bunkers, reconstruction of several tee boxes and the widening of fairways to speed up play.

The grooming fleet at Windham Mountain will see the addition of two new PistenBully groomers. Additional improvements include enhancements to the snowmaking system,  upgrades in rental equipment, and a new scenic deck for weddings and events at the top of the mountain.