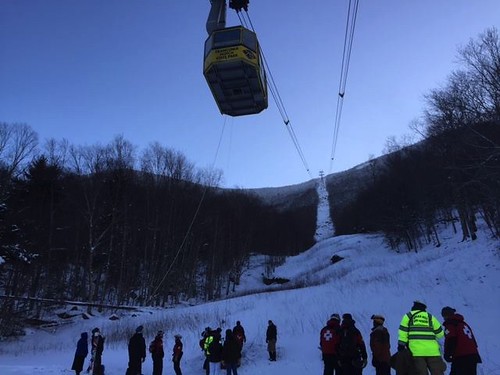 New Hampshire's Cannon Mountain lift mechanics and ski patrol were alerted to an unplanned stop on Cannon’s Aerial Tramway Sunday at 1:50 p.m. The evacuation was completed in the top car by 3:45 p.m. and the bottom car by 4:45 p.m. No injuries were reported.

In a tramway system, there are two cars that move at the same time. One leaves the bottom terminal and one leaves the top terminal. They had come to a stop roughly 50-75 feet from the top and bottom terminals. It was determined that a mechanical issue had caused the braking system to become engaged and stuck on.

There were 41 people on the car at the bottom going up and seven people in the top car coming down. Just after 3 p.m., blankets were sent up to the top car to help guests stay warm. A call was made to begin evacuating people from the cars, beginning with the top car at 3:20 p.m.

Guests were offered hot food and drinks, as well as vouchers to come back another day.

WMUR Outside Editor, Paula Tracy, was on the tram during the evacuation. “Considering they had never done a live rescue off the tram they did a fabulous job,” Tracy told SnoCountry.com. She said although they were a bit cold by the end, staff offered “teamwork, camaraderie, and support to get everyone through it.”

Tracy told us she was standing facing a man holding an eight-month old baby when they felt a tremendous jolt, “that caused me to say, ‘this doesn’t feel normal.’”

Emergency personnel were on hand at the base and summit.

Cannon reported via their Facebook page today, “the issue that caused the tram to stop operating today is not a quick and easy fix. We're dedicating all available resources to correcting the problem as soon as possible.”  They anticipate an additional one to two days to correct the problem.

Photos: Top -- Paula Tracy Cowie wrote on her Facebook page, “Ya. Ropes. Not a fan. But I am glad I am not sleeping on the floor of that thing tonight.” (Paula Tracy Cowie/Facebook); Below -- The tram ascends 5,359 feet to the top of Cannon Mountain. (Cannon/Facebook) 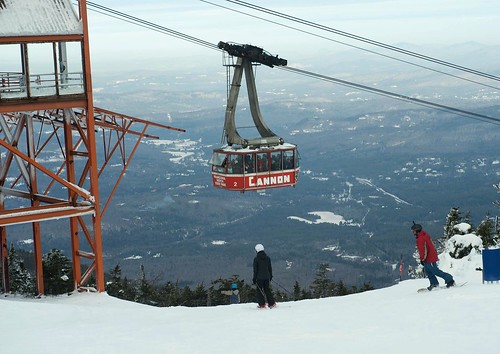