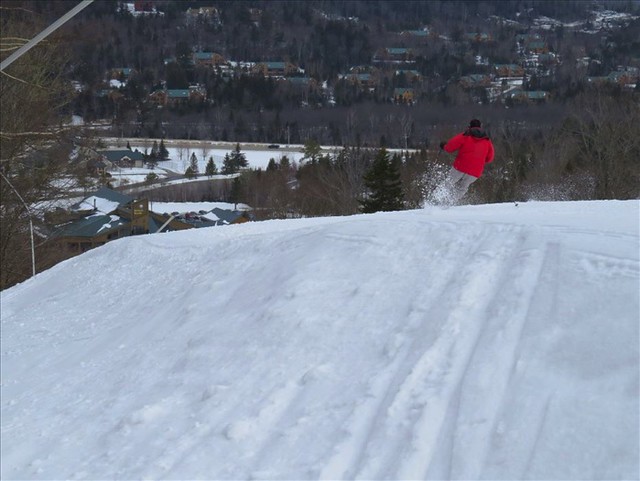 One thing we won’t complain about this spring in the Northeast: it’s not too cold. Bretton Woods' snowmaking team has ensured there will be plenty of good spring skiing still to come.

“The spring is looking nice and warm, and we’ve had some great days since last weekend. Right now things are looking very positive, with big, deep base depths," Bretton Woods General Manager Chris Ellms told SnoCountry.com. “We’ve made as much snow this year, if not more, than many other years. We’ve had to make snow later in the season that we usually do.” 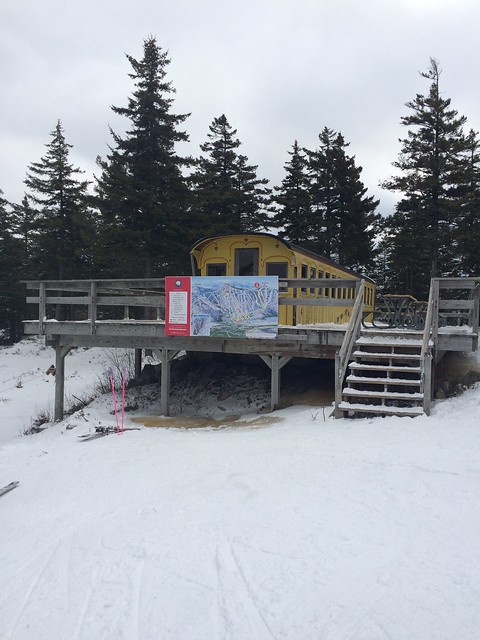 Although some spring showers are headed our way Thursday, OpenSnow’s latest blog post on The New England Daily Snow is placing bets for a changeover to snow: “A brief period of snow showers are likely as the low pressure system heads out to sea and the wind direction shifts out of the north and northwest. Any accumulations would be light and confined to more northerly resorts such as Jay Peak, Smuggler's notch, and Bretton Woods that often reason snowfall in north or northwesterly flow.”

Ellms anticipates Bretton Woods will keep their traditional closing date of Patriot’s Day in April. “At this point I don’t see any reason not to make it. We’ve got strong base depths on the core trails at the mountain.”

Limited natural snowfall may have kept the mountain’s beloved glade-accessed Stickney Cabin closed for much of the season, but Bretton Woods is still offering spring skiers and riders a reason to stop for a mountain-top libation at their Cog Railway car that sits atop West Mountain.

The Cog car, that was flown in the six miles from the Cog Railway base station by helicopter when West Mountain was built in the summer of 1999, offers a unique opportunity to take in the Presidential Range views from a piece of local history. Find cold beer, hot dogs, and a daily soup to sustain you for more runs in the sun.

Photos: Top -- There’s plenty of base for spring skiing at Bretton Woods. (Bretton Woods); Left -- Stop by the retired Cog Railway car at the top of Bretton Woods’ West Mountain for a libation. (Martha Wilson)