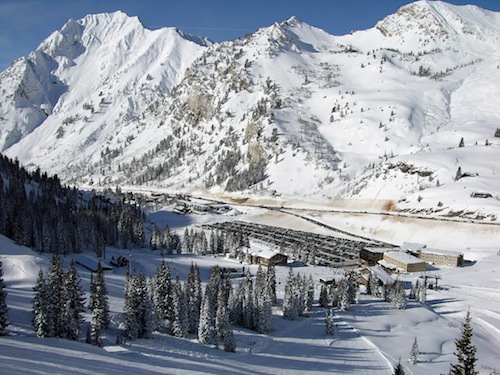 There is "no authority holding that the…Fourteenth Amendment protects those who stand sideways on snowboards” said Alta Ski Area in a motion to dismiss a lawsuit raised by riders in January. It appears the U.S. Forest Service is siding with the resort.

A group of snowboarders, along with a local nonprofit calling themselves Wasatch Equality, filed the suit shortly after being denied as they tried to board the Collins Lift. They want to force the resort and the Forest Service to open its borders to boarders. But the Forest Service says the case is without merit.

Not only is snowboarding allowed on Forest Service land in 13 other states (showing that they don’t harbor an “anti-snowboarding” policy) but that there is no evidence they worked with Alta in the resort’s decision to ban that particular sliding device. They added that due to federal immunity, the court does not have jurisdiction to hear the case.

Further, the Forest Service says Alta’s approved operating plan gives it the right to exclude any "skiing device deemed a risk, harmful to snow quality or not consistent with its business decisions.”

Alta is a private resort, says the resort’s attorneys. If they consider snowboarders a hazard to skiers because of a "blind spot" that exists as they ride sideways down trails, then that’s their right.