This could be the big one. No, really, it could be the mother of all Thanksgiving snowstorms. So hold the turkey. Hold the cranberry sauce. Hold the stuffing, and leave early - especially if you’re driving I-70 or I-80 - get a room and don’t forget the fat skis!

UPDATED (Nov. 23, 11 a.m. EST) The National Weather Service has issued Winter Storm Watches, Winter Weather Advisories and Special Weather Statements for the Sierra Nevada Mountains of California; the Cascade Mountains of Oregon and Washington; the Wasatch Range in Utah, and the Rockies from Idaho and Montana down through Wyoming and Colorado. Up to 18 inches of snow is expected throughout the mountain ranges and resort areas through Thanksgiving and into the holiday weekend.

“All the major weather forecast models agree that a powerful and extremely slow-moving storm will settle over the western U.S. later next week and during the weekend after Thanksgiving,” noted OpenSnow.com forecaster Joel Gratz.

“The downside about slow-moving storms is that they are very hard to forecast,” Gratz continued. “But the upside is that since they hang out in one area for a few days, favored mountain ranges can see a lot of snow.”

Even Accuweather.com and Weather.com are jumping on the storm bandwagon, although no storms have yet been named - stay tuned.

“Snow will fall … from California's Sierra Nevada and parts of Oregon into Idaho, Montana, Nevada, Utah, Wyoming and the Colorado Rockies,” reported Weather.com, which is sure to name the storm once it rolls into California.

So the bottom line is, a major storm will roll across the west for Thanksgiving. How fast the storm moves and how much snow will fall is the million dollar question. But this much is certain, if you’re driving, you’re not skiing, so get a Doctor’s note for the Powder Flu and leave early.

In the meantime, from the Cascades, to the Rockies, resorts are rejoicing with an abundance of early-season snow already this season as storm after storm have allowed resorts to open early, and open terrain that traditionally opens later into the season.

Patrollers at Loveland Ski Area, dropped the ropes on Busy Gully and Cat’s Meow Friday, following more than two feet of new snow over the past week - and 81 inches so far this season. A bit further up I-70, Vail opened Friday with more than 1,000 acres of terrain, including Game Creek Bowl.

Basically, the skiing is really good for this time of the season out west. But, if you’re skiing plans include the Northeast, you’ll be skiing, but Mother Nature will limit the resort options and terrain availability. Killington, Sunday River, Sugarloaf and Bretton Wood are sure to spin lifts. Other including Okemo, Whiteface, Gore Mountain, Stowe and Sugarbush may join the party after colder temperatures arrive prior to Thanksgiving with snowmaking temperatures. However, no significant natural snow is in the forecast, or even the 7-10-day outlook.

“As far as any natural snow is concerned, the prospects aren't looking too good for anything widespread,” noted OpenSnow’s Brian Clark.

Similar story in the midwest, which is also off to a slow (snowmaking) start this season.

“It looks like temperatures should be hanging around the freezing mark a bit more continuously allowing ski areas to at least get their snow guns turned on,” OpenSnow’s Andrew Murray wrote on his blog. “Fingers crossed for some more natural snow in December.” See Mike Terrell's Snocountry.com story about Midwest Thanksgiving weekend prospects here. 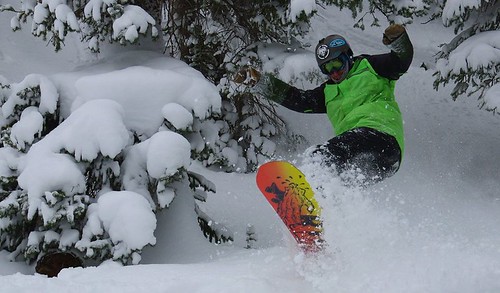