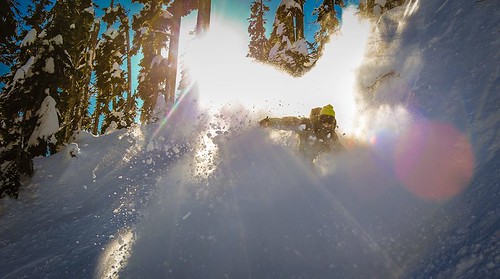 The northwest corner of the continent is set to have some of the best powder days in the nation this week – a far cry from last year but a welcome “return to normalcy” to the a region that typically measures snowfall in feet.

“In the Northwest and northern Rockies, snowfall will be fairly consistent during the week, however, temperatures will be on the warmer side and that will push snow levels up to an average of around 5,000 feet,” reports OpenSnow’s Joel Gratz.

At Mt. Hood Meadows, where the elevation is high enough to keep things snowing, the resort has seen more than 60 inches fall since mid-January, and officials look forward to setting all-time snowfall records before the lifts are scheduled to shut down in May.

“We’re ahead of last season by more than 100,000 skier visits through Valentine’s Day,” Mt. Hood’s Dave Tragethon told SnoCountry.com. “We absolutely love this return to normalcy – meaning abundant snowfall on Mt. Hood. So far we’ve received 333 inches of snow accumulation since we opened and are on track to exceed our 430-inch season total average.”

Last season’s paucity of precipitation – an anomaly in the moist Northwest – kept many skiers and riders off the slopes all across the region, so this year’s largesse has released some serious pent-up demand.

For example, at Stevens Pass, its 12 parking lots have hit capacity eight times in the last couple of months. The resort has asked visitors to catch a Stevens Pass bus in Bellevue, Bothell and Monroe to help relieve congestion.

At Mount Ashland, the skier-visits for this season exceeded all of the last year’s numbers in the first three weeks: “"We've had incredible conditions and pent-up demand," said GM Hiram Towle. 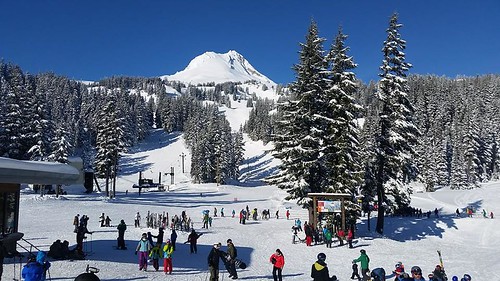