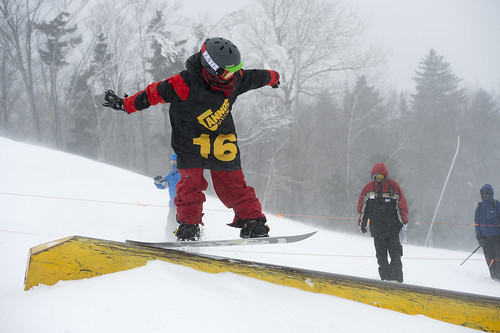 An open format is new for this year's Rail Jam. Skiers and riders can take as many runs as they want within the specified timeframe. The judges will pick one overall skier winner and one overall snowboard winner. There will be a raffle drawing for all participants with Bern and Cannon goods. Awards will take place immediately following the event in the event area.

“We love the honesty of the mountain,” Josh Walker, Bern Unlimited Brand Manager told SnoCountry.com. “The mountain has a solid following of people, and families have been there forever. Bern is a grassroots company and Cannon is a grassroots mountain, so sponsoring an event like this made natural sense for us.”

This is the events’ fourth edition. “Cannon has made it possible for Bern’s sponsorship to grow as the event grows,” Walker told us.

Event registration is free, but a lift ticket or season pass is required. "That's the Cannon way of doing things," Cannon's Greg Keeler told us. "We rely on great sponsors to make events like this happen. "Our attention to a competitive terrain park program has really grown in the last five years.  If you are in to parks, you're not going to be disappointed at Cannon."

Keeler told us a deal to make Bern the official helmet of Cannon Mountain is in the works.

Also new for 2015, overall points for the series will no longer be tracked. There will be a huge raffle at the final awards party March 14 following the Slopestyle event. Anyone who entered all three competitions will have their name entered in the drawing.

"The events are so different we decided we'd give everybody a chance to win, including a shot at winning a season pass and other prizes," Keeler added.

Event registration is the day of the race, from 9 a.m. to 11 a.m. at Guest Services in the Peabody Base Lodge, with ID or credit card needed for bib deposit. Practice runs are from 11:15 a.m. to 12:15 p.m. at the event location, followed by a mandatory competitor meeting at 12:15 p.m., during which the time and location of the awards ceremony will be announced.

The competition starts at 12:30 p.m. Helmets are required. A minimum of three people per category is required or Cannon may combine categories. Great prizes from helmets to gear from Bern helmets and Cannon Mountain will be awarded to the top three winners in each category.

COST: Free (must have lift ticket) 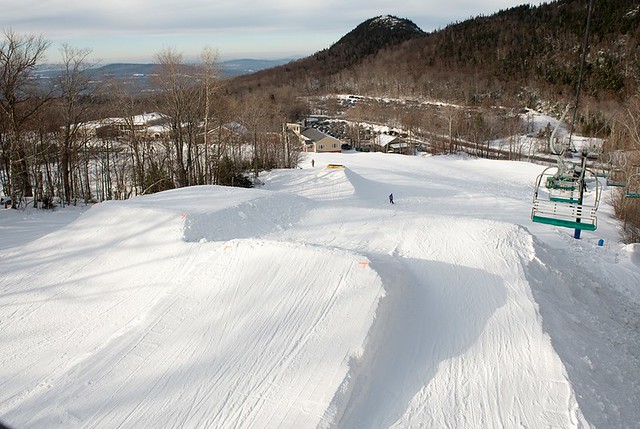 Tweet
Tags:
Bern Cannon Mountain New Hampshire
RealSkiers: Why Skiers Are Better Than Everybody E...
PCSkiGal: Be Your Own Paparazzi At Park City's Sun...