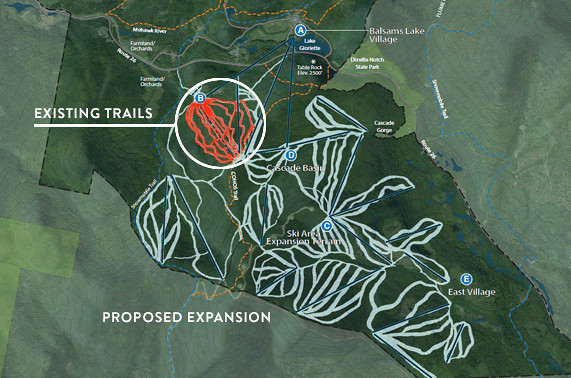 Developers of The Balsams Resort went before the Coos County, N.H., Planning Board last week to give the board an update on their proposed $140 million project that would eventually make The Balsams the largest ski resort in the East.

Burt Mills and Ed Brisson of Balsams Resort Properties, LLC, presented an overview of the resort plan that would make the ski area five times its former size, with 22 lifts accessing 2,200 acres of skiing. Phase I would include adding six lifts and 400 acres of skiing in addition to the existing 140 acres that have been closed since 2011.

Brisson noted that because The Balsams is at the “end of the road” for Northeast travelers, to be successful they need to “create a destination resort that has scale, that will be set apart from the rest of the marketplace. It is not good enough for us to build something that’s going to be the same as, or about the same as, some other destination resort in the region. We need to do something exemplary, something that is unique, to differentiate the project from the other contenders in the field. This is a unique opportunity.”

Brisson added that Les Otten, legendary developer of American Skiing Company, looked at the topographic map of the area and saw unique piece of terrain and spearheaded the scale of the vision of the project.

Central to phase I of the project will be redevelopment the hotel area of the resort, including renovation of the historic Hampshire House, Dixville House and Hale House, where the first-in-the nation presidential election ballots are placed. A village will be built around these anchor buildings, with a gondola across the lake and route 26 to access the ski area. Plans also include a hot spring spa.

The developers have applied for two major permits at the N.H. Department of Environmental Services. The water withdrawal permit would allow them to draw water from Androscoggin River ten miles away in Errol. The other permit under review at DES is wetlands application permit.

“The site plan is designed to actually have very minimal impacts on wetlands. All of our proposed development is concentrated on what we are calling the village, which is right by the lake where the existing structures are,” spokesperson Scott Tranchemontagne told SnoCountry.com. He expects to hear on water withdrawal permit by end of March and the wetlands permit in April.

“What we are building here is what we like to call a New Era resort. We are building a resort that will attract people from the world over. We will be open all season and create a resort that will appeal to a younger generation – the gen X generation and their families. One thing The Balsams has always had going for it is it is one of the most perfect places on earth for natural beauty. We are going to offer that and more,” Tranchmontagne told us.

Plans include restoration of the original Donald Ross-designed Panorama golf course, mountain biking, on and off road vehicles, and the already famous Nordic skiing. “We are going to provide world-class access and amenities to a location hat has always been world class.”

Because The Balsams is located in an unincorporated place rather than a town, New Hampshire legislators are now considering Senate Bill 30 (SB30) that proposes creating an economic development district in Dixville that will allow the state to guarantee a loan of $28 million to go towards the $140 million cost of the project. That loan would get paid back to the state by the new real estate taxes that are generated from the real estate development.

Given northern New Hampshire’s short construction season, Tranchmontagne said they hope to begin construction this spring. With a goal of opening in 2016. 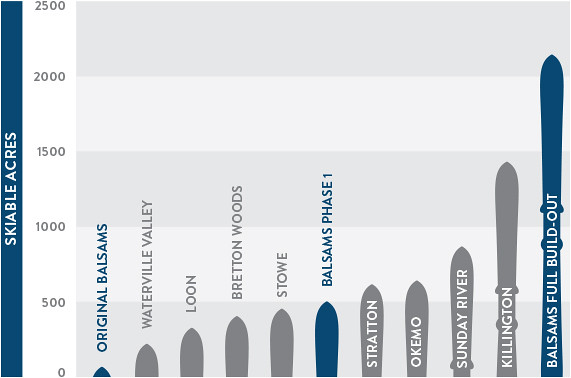