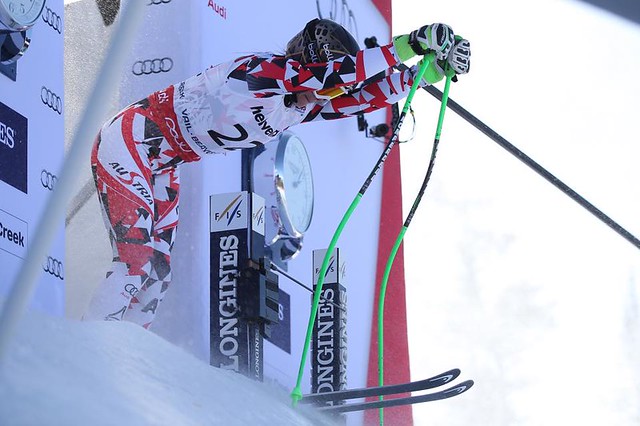 “I’m really happy with the way I skied today,” said Vonn. “It was really tough conditions. But to come away with a medal at my hometown World Championships is something really special.” The race was delayed by about 30 minutes and the start moved lower because of flurries and high winds at the top of the Red Tail course.

Fenninger, the defending World Cup champion, built the bulk of her lead on the top of the course, but it was slowly erased with each interval as she squeaked across the finish line a mere 0.03 seconds ahead of Maze.

“I only watched about the fist 10 racers,” Fenninger said after the race. “I didn’t know what Lindsey or Tina or any of the others had done, I just focused on me and what I had to do and it worked.”

Maze had the dubious honor of playing spoiler to the home fans hopes for a Vonn gold medal as she knocked Vonn out of the top spot. Ultimately, Vonn finished 0.15 off the pace. But she still had the honor of taking home the first medal of the Championships for the host nation.

The weather did little to dampen the spirits of sell-out crowd at the Red Tail Stadium as the near five-year wait for this day at last came to an end.

The men take to the slopes in super-G action Wednesday following today’s downhill training. The forecast is calling for moderate to heavy snow in the next 24 hours meaning they too may have play the waiting game a bit tomorrow before it is their chance to take center stage.

Monday saw U.S. Ski Team veteran Stacey Cook of Mammoth, Calif. come in first during the first women’s downhill training run. Opening Ceremonies capped the first day as the event's theme of "Dream It, Live It, Share It" played out in front of huge crowds.

The ceremony kicked off with the parade of nations as the athletes marched in behind the flags of the 68 participating countries. Once the athletes were settled, the memorable show began as the voice of Hollywood star Kevin Costner narrated the entire evening and led the spectators through the three primary segments of the show.

The "Dream It" segment featured videos of some of the World championship athletes in their younger days as their dream of becoming a World Champion first began. The "Live It" segment then took center stage with the highlight being the hoisting of the official FIS flag for the duration of the World Championship. The evening concluded with the "Share It" sequence, which included the passing of the torch from U.S. ski legends, and ultimately ending in the hands of U.S. star Mikaela Shiffrin.

Photos: Austria's Anna Fenninger takes off toward super G gold (Anna Fenninger/facebook); Opening Ceremonies themed to Dream It, Live It, Share It played out before a packed crowd (FIS) 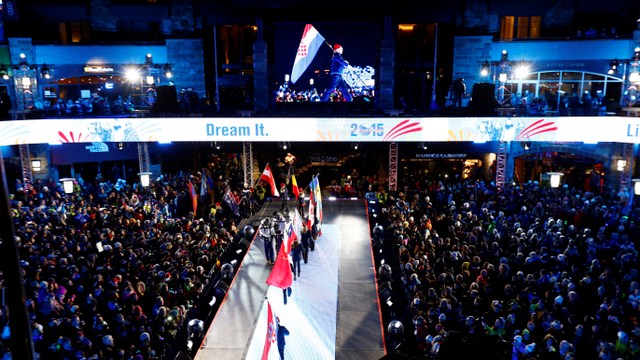