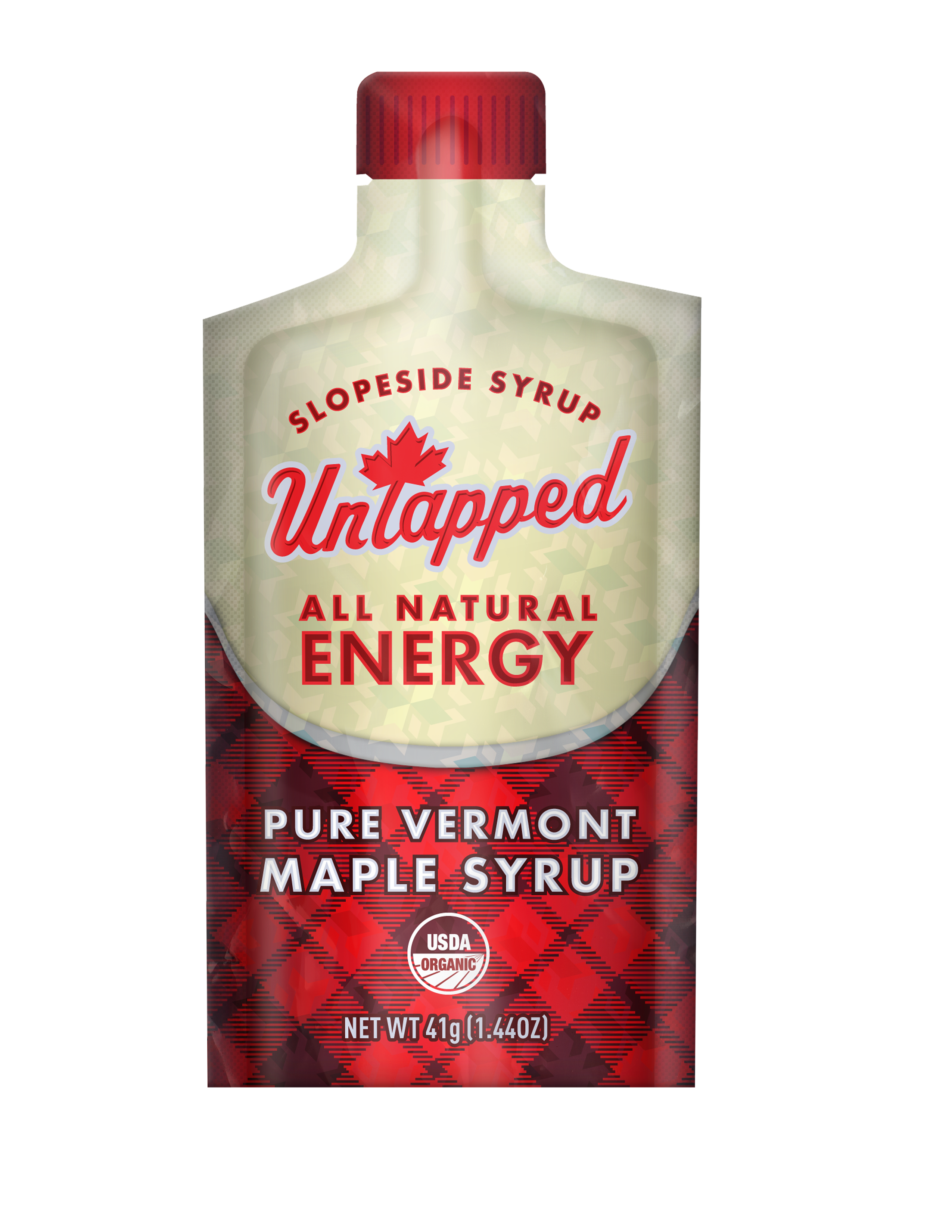 Members of the Cochran family and pro cyclist Ted King are seeking crowdfunding for a new all-natural energy product for athletes  - maple syrup.

The Cochran family has been in the maple syrup business since 2010, when four of the Cochran grandchildren started Slopeside Syrup as a way to utilize the nearly 20,000 maple trees surrounding the Cochran Ski Area and to sustain the not-for-profit Cochran's Ski Area.

Using crowd funding has allowed King and Slopeside Syrup a way to test the waters with this new project. With orders totaling more than $24,000, they are at 70 percent of their goal of raising $35,000 as of July 22. “We wanted to field test the product to see if people are interested, and it’s a resounding ‘yes’,” UnTapped’s Andrew Gardner toldSnoCountry.com.

Portable gel packaging for the “new” sports fuel is one of its appeals, but its production is costly. “It has to be sterile packaged at 180 degrees, which brings minimums high,’ Gardner told us. But so far, their first order should be larger than originally expected, with shops and dealers putting in orders as well as consumers.

Gardner also attributes the initial success to the combination of the Vermont brand and the reach of the skiing and cycling communities. “Ted King obviously has an international following, and the Cochrans have devoted followers as well. We’re right in the ‘sweet spot,’ with an active following of athletes who are looking for simplified fuel. Vermont is a wholesome place, and UnTapped has an authenticity to it, unlike so many sports gels made from synthetic sugars.”

Apart from feeling good about supporting local athletes and their endeavors, there’s science to back up the nutritional benefits of maple syrup. According to a study by the University of Rhode Island, maple syrup is rich in vital minerals such as manganese, iron, calcium, and zinc. It also has essential vitamins, is high in critical amino acids, and antioxidants recovery. Maple syrup also has a low glycemic index, meaning it breaks down more slowly without a huge sugar rush.

King writes on his blog, “Maple syrup has long been a way for me to literally take a taste of New England on the road bouncing across the globe. Discovering that it was an incredible fuel source made this endeavor only a matter of time.

"As the crowd funding campaign wraps up its first week, we at UnTapped are thrilled with the immediate and enthusiastic response. We’re part of the back-to-the-basics sports nutrition movement, bringing whole foods to athletes everywhere. Using all-natural, 100% organic Vermont maple syrup, we want to fuel your next ride, run, ski, swim, hike, marathon, climb, expedition… and yes, still to top your pancakes when you’re on the road," King wrote.