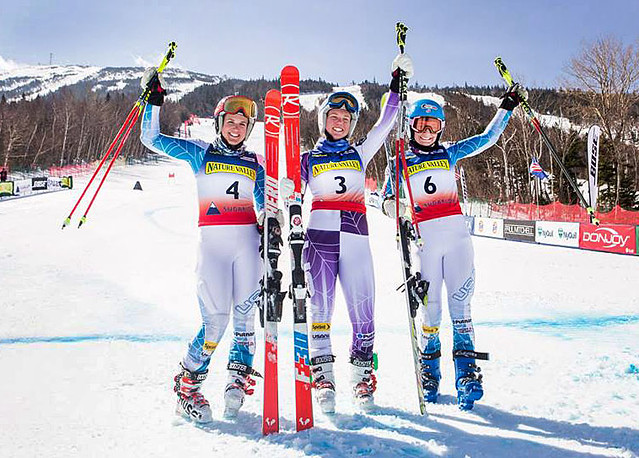 To the delight of the fans, Lindsey Vonn (Vail, CO) kicked off the day by forerunning the GS. She utilized the day to influence the kids that came to watch her.

“My life has changed over the past few years. You grow as a person as you grow in your skiing,” said Vonn. “I’m really just here for the kids—for all the junior racers. It’s not about the competition, but more about the next generation.”

Well, the next generation showed their cards today, as 17-year-old O’Brien stunned the crowd with the fastest time on the first run. Even though she was nervous second run, she put down a fast time and was thrilled with his result. “I was so nervous! I haven’t been in that position in a big race like this,” said O’Brien after the GS. “I didn’t expect this at all,” she said, even though she acknowledged strong points results this season. “I’m super excited.”