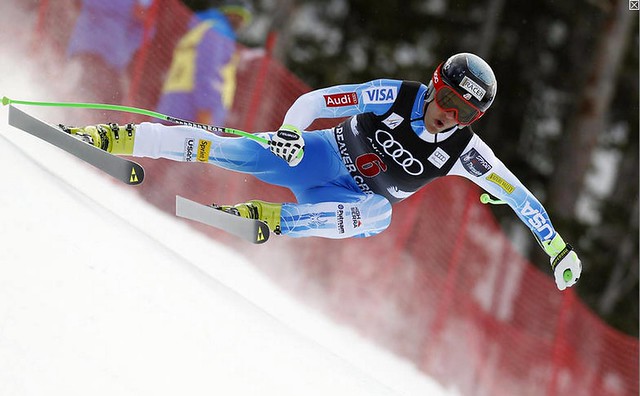 Steven Nyman’s ski boots were on the podium at the base of Beaver Creek just two months ago, after he pulled off a third place finish in the Audi Birds of Prey downhill. Now he’s back, and he’s carrying a payload of perpetual motion – and stoke.

Two weeks after the Beaver Creek race, he won his third career downhill at Val Gardena, Italy, considered to be one of the sport’s most challenging races. He placed fifth on the fabled downhill course in Kitzbuehel, Austria in late January.

Nyman says the Birds of Prey course -- site of the downhill in the FIS Alpine World Ski Championships underway now at the Colorado resort -- is all about the attack.

“This hill is about throwing your body down the hill and searching for speed the whole time,” he told Snocountry.com. “The course is steep and gnarly, you have to heighten your level of risk and know the snow will hold you, it’s so fun to throw down as hard as you can.”

We caught up with Steven as he prepares for men's super G Wednesday and the men's downhill Saturday.

SnoCountry: Talk about the stoke going into Vail, what’s your vibe right now, especially with your 5th place finish in Kitzbuehel?

The whole season has been great! My podium in Beaver Creek and the win in Gardena was huge as well and I had great skiing in Wengen and Santa Caterina, and Kitz was fantastic. The course there was shortened so the intensity you had to bring was ramped up even more.

You had to risk it and give it everything if you wanted to do anything.  The result was a great momentum and confidence builder leading into Worlds.  My head is in a good place right now and I hope to carry it into and through Worlds and continue to perform at a high level through the entire season. 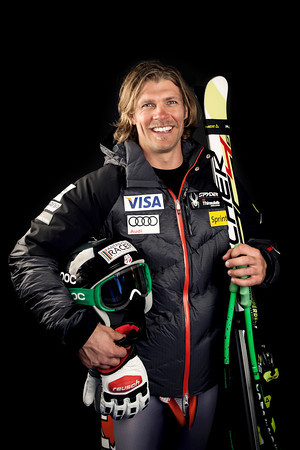 SnoCountry: Is it possible to over-stoke? How do you keep calm?

You can bring all the intensity and stoke you want, but if it gets in the way of your mind you’re going to fail.  You have to keep a cool head but still bring the intensity.  There’s a balance there.

SnoCountry: What do you have to do to have a good race in Beaver Creek?

I need to have a good game plan and see what I need to do. I have some ideas in my head of lines and approaches to the course, and can’t wait to get on the piste and try them out!

SnoCountry: Right now the forecast is for temperatures in the 20s to mid-30s, how does this affect the race?

I think it’s perfect, I think the snow will be dense and maybe make the course a little rougher. There are a few training runs so the course will be skied heavily and will change every day. You have to be ready to adapt and change your approach.

SnoCountry: How’s it feel to have the Worlds here in the U.S. ?

I can’t wait to see what’s possible.  This is my fifth World Champs and I haven’t ever been this healthy coming into one, so I’m fired up to contend and see what I am capable of.

Fantasy football. Fantasy baseball. Fantasy basketball. And now, fantasy ski racing? Steven Nyman handed his brother—a computer engineer—a napkin after a race at Lake Louise with a diagram of what he thought would be a sweet app for ski racing fans. The result, is Fantasy Ski Racer.

With the app, players select who they think will be in the top 10 of every race—be it in Beaver Creek, Kitzbuehel, Wengen, Flachau, or Lake Louise. After the race, an algorithm scores the player’s picks based on accuracy.

For example, if you name all top 10 racers in the right order, you get 100 points. If none of your selections end up in the top 10, you get zero points. You can also challenge your friends and create your own leagues.

“The biggest goal is to promote ski racing,” Nyman says “It’s about not just following your fellow countrymen, it’s about following the tour.”

In true Steven Nyman fashion, 50 percent of the app’s proceeds go to a foundation that helps support up-and-coming ski racers.