Abominable Snowman Spotted In Pyrenees? Bear With It 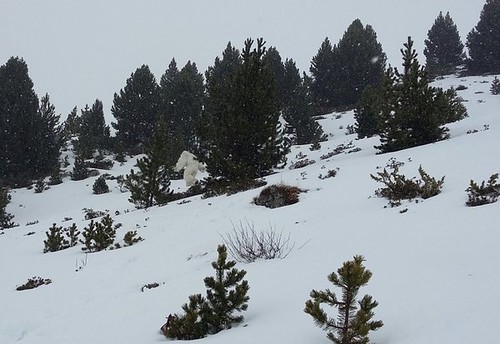 Is the strange creature spotted at Formigal, Spain ski resort, the elusive monster or a Photoshopped polar bear?

A brief video recorded by one of the supposed witnesses shows what appears to a white creature lurking in the trees.

Yeti seems like a far-fetched explanation but, at the same time, Spain is not known for its polar bear populations either.

The UK’s The Sun newspaper reports a skier sounded the Yeti-alarm on a forum, asking "What the hell is this?”

“This morning skiing in Formigal with friends we’ve come across this. What the hell is it? A bear or a bloody yeti?” they wrote.

They said they had reported the sighting to the resort in the Pyrenees mountains, but had not been taken seriously.

The resort, however, issued a statement saying it had searched the area for the mysterious beast.

“We have spoken to the witnesses of the sighting to identify the area in which it took place and after combing the area we have found nothing,” a spokesperson said.

Be careful out there. One never knows, do one?

Photo: Is it the Abominable Snowman or a mere polar bear who got lost in Spain (@foroches)