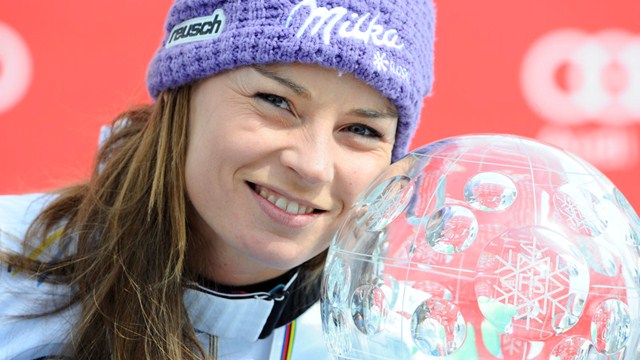 Another day at the FIS Alpine World Ski Championships at Beaver Creek, Colo. and a third medal for Slovenia’s Tina Maze who once again spoiled the Austrian party. American Lindsey Vonn was seventh in the downhill portion of the women’s Alpine Combined event but straddled a gate atop the slalom course and did not finish.

As the last skier down the mountain, Maze won the gold medal, topping Austria’s Nicole Hosp by 0.22 seconds. Maze now has three medals at these Championships including the downhill gold, super-G silver and Monday’s golden effort.

“I’m totally exhausted, it’s a tough program and late start time for the slalom and it's also really warm,” said Maze. “But winning is always amazing and now there’s time to recover and enjoy. Even though I’m tired I did my best and I'm happy with the win.”

Until Maze skied down, the leader box was filled with Austrians as they were in pole position to sweep the podium. Hosp stood in the lead ahead of teammates Michaela Kirchgasser and Anna Fenninger. Ultimately, Hosp took home the silver, her fourth-ever World Championship medal, while Kirchgasser held on for the bronze, her first-ever individual medal at the World Championships.

Maze’s run bumped Fenninger to fourth place and off the podium, which seemed only fitting as the two have enjoyed a friendly rivalry at these Championships dueling for gold and silver in the speed events.

Austria now tops the overall medal standings with three gold medals and two silvers and one bronze, but Maze takes bragging rights as the top individual skier thus far with her three medals.

The conditions for the race were nearly ideal with beautiful blue skies and warm temperatures greeting the field. Much like the men’s Alpine combined, the snow for the slalom race was a bit soft due to the sunny conditions, but the later skiers managed to still put down some of the quicker slalom times.

After the downhill portion, Maze was the leader with a time of 1:45:25, a mere 0.02 seconds ahead of Switzerland’s Lara Gut, who finished the day in fifth place. Fenninger (AUT) ended the downhill in third place 0.26 seconds back. Maze was the fifth-fastest skier in the slalom, 0.98 behind the fastest slalom time set by Kirchgasser.

Tomorrow the action moves across the valley to Vail and the Golden Peak venue for the Nations Team Event.