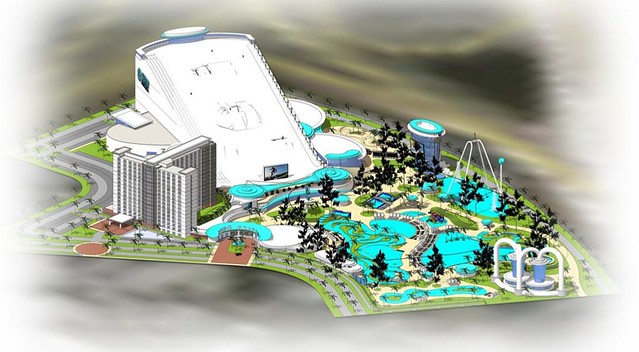 Plans were unveiled this week for a proposed $309 million extreme sports resort, including a 14-story indoor ski hill, in Kissimmee, Fla. near Orlando's other major tourist attractions. Approval is needed from the Osceola County officials. If approved in this tourism/business-friendly county, the facility could open by early 2018.

The project comes from a company called Xero Gravity Action Sports. Skiers and snowboarders will share the "mountain" with nine tubing lanes and a snowball fighting arena.

According reports in Orlando media, the project will include plenty of warm-weather attractions -- which seems to make a bit more sense for Central Florida. It also includes a Hyatt-branded 250-room hotel.

"Our company is creating the next step in the tourism sports industry," said Xero Gravity founder and CEO Larry Walshaw. "we are developing a one-of-a-kind sports and entertainment  resort which provides unique hands-on experiences." The project is expected to mean 1,000 jobs for the area.

Similar complexes with indoor skiing have operated for a number of years in the U.K., with the largest in the world located in Dubai. Several attempts, notably in New Jersey and Las Vegas, have been announced but have not come to fruition.