Snow Show '15: Trends Not Clear, But Focus Is On Front Side Of Mountain 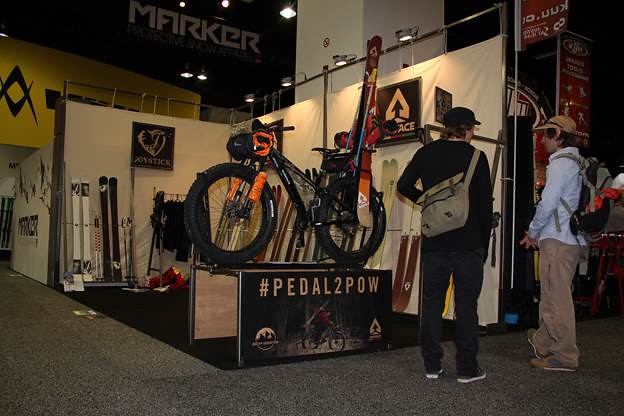 I wander the halls of the Colorado Convention Center aimlessly wondering where do I start? I’ve attended the Snowsports Industries of America show three times in Denver and countless other times when it was in Las Vegas. but for the first time in, I think, forever, we both (the Show and I) have lost focus.

The trends were clear in the past — super shaped to address new widespread grooming; snowboards for Gen X; fat skis for oh, so much powder back then; backcountry access because those on fat skis had torn up the frontside powder. 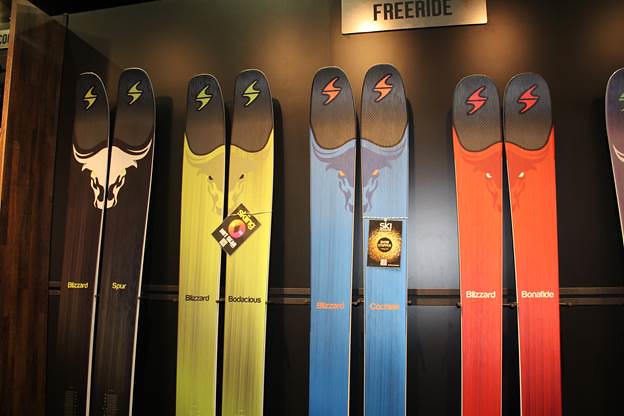 What’s the theme this year and, if there is one, should it be championed? When manufacturers like Salomon, Atomic, Blizzard and Head are touting a “return to frontside skiing” and “updating your carvers,” it kind of feels defeatist.

The snowsports industry has accepted that global warming has taken its toll. Today we’re skiing on machine-made snow with base depths under 100 inches. A seminar here at the show even predicted that if we don’t make some serious changes in our habits Park City stands to lose 100 percent of its snowpack by 2050.

Nearly every other booth has a fatbike as part of their display. You wouldn’t be fatbiking in waistdeep. Just saying…

But that doesn’t mean backcountry isn’t still a relevant topic here. It most certainly is. Participation outside the boundaries continues to grow as folks become more desperate for extraordinary winter experiences.

Nearly every ski company is touting sticks that are lighter yet sturdier; using materials like carbon that will work for touring in variable conditions and turning on the frontside. 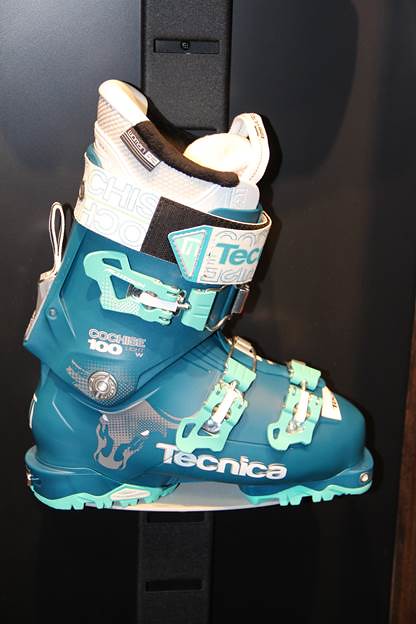 Same goes for boots. Salomon’s new beefed-up MTN Labs could almost be a frontside boot. Tecnica has increased the number of boots with interchangeable touring soles and nearly every binding maker has a dual “WTR” (walk-to-ride) model that can service these types of boots without sacrificing DIN safety.

On the snowboard side, ThirtyTwo will debut its hybrid MTB boot that’s at home climbing mountains or riding lifts. The boot designed by Jeremy Jones has a customizable liner, zippered snow cover to keep laces from freezing, a Vibram sole for crampons yet flexible for inbounds’ turns. 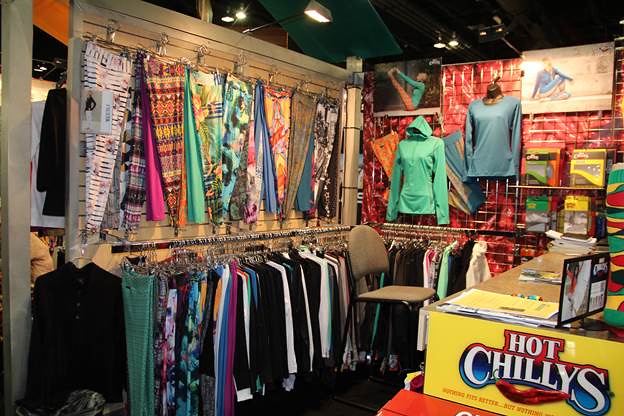 Turning to fashion: Baselayers address both the need to wick while working hard as well as the trend of wearing your underwear like outerwear. Those who live in the midwest and southeast, forced to layer up after the arctic blast that hit them last year, have discovered the joys of fashionable winter apparel.

Even Woolrich is bringing over their European luxury line now that the demands for something beyond red flannel plaid has grown.

And oh how the layers are cute! 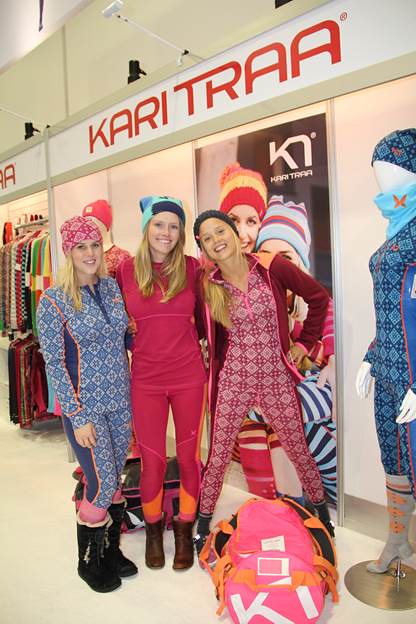 Accessories from gloves to GoPros are also booming at SIA15. Hats and snowshoe sales are up and midlayers with technical features address the schizophrenic weather patterns where it’s -22 one week and 51 degrees the next.

As big mountain days of skiing diminish, we see the return of frontside skis like Nordica’s Enforcer and Salomon’s Pocket Rocket (with a new name). Retro hardgoods are back.

The ski industry has always been effective at turning crud into powder, so there’s no doubt that those “beer league” retro race skis sitting on the back wall might wind up front and center next year.

With limited base depths and coverage, perhaps now is the time for recreational racing to spike. Ultra-edgy carving skis, tight-fitting clothes, bomber helmets and goggles that not only adjust to varying light but totally block wind and embrace aerodynamic designs?

The retailers and customers will go wild and snowsports sales will regain traction. Could we be on to something?

Photos: From fat bikes (top --Bonnie Godfrey, Pedal To Pow) to bottom -- Jill models the very latest, the big trade show in Denver has it all for 2016. (Jill Adler) 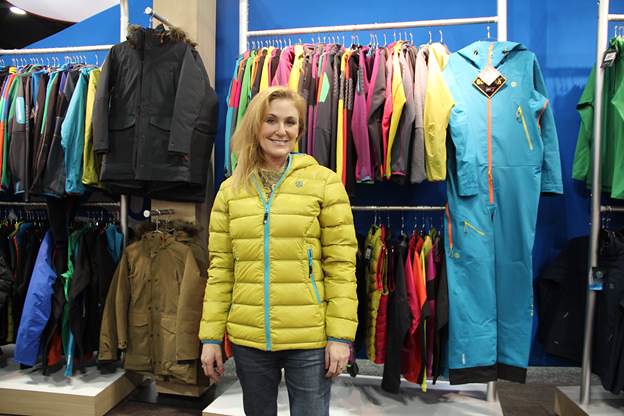