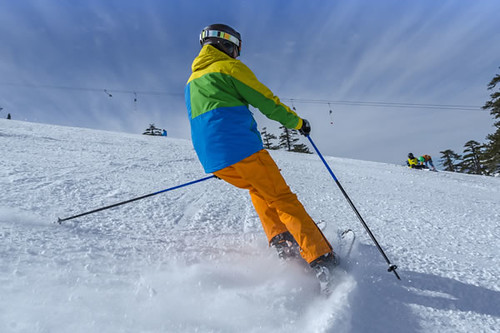 When I orchestrated equipment reviews for Snow Country Magazine 25 years ago, all skis looked similar but the quality of the on-snow experience was all over the map.

Today skis come in a wild array of widths, sidecuts and baselines that impart all sorts of sensations, the better to serve an ever-expanding menu of skier desires. You can, of course, check them out at realskiers.com.

What’s missing from the 2017 ski market are the truly bad models that formerly populated the bottom third of any genre under review. A continuous cycle of product upgrades at roughly three to four year intervals, coupled with a pair of paradigm shifts spanning two decades of ski design, has winnowed out the weak reeds. It’s become all but impossible to find a bad ski from a reputable manufacturer.J

Which isn’t to say one can’t acquire an inappropriate ski, or that more expensive skis don’t have superior properties that merit their loftier price tags. Better skis do ski better. But the “average” ski has never been of higher quality, and skis that don’t earn best-in-class recognition in the annual avalanche of reviews are still fun to ski for anyone just out to have a good time.

The two design revolutions that swept through every R&D department in Christendom were shaped skis and fat boys. The shaped ski metamorphosis held the promise that every man, woman and child could learn to carve on a continuous edge.

The fat boy rebellion made sure they wouldn’t have to.

If fat skis had remained gargantuan versions of GS race skis, the words “powder stash” might still be meaningful. But when rocker came along, bringing with it radically turned up tips and tails and baselines with all the camber pounded out, suddenly any numbskull could swivel sideways on a ski with the surface area of Monaco.

The industry-wide adoption of rockered baselines enabled skiers who formerly struggled off trail to travel almost anywhere without the nuisance of actual skills development.  You don’t have to “learn to ski powder” when there are tools that enable you to flop down trails named “Enchanted Forest” with the same, butt-in-the-backseat stem turns that have been your signature move since you began calling yourself a skier.

The influx of an armada of intermediates into once sacred, experts-only domains made possible by fat, flat, rockered skis isn’t the end of the sins committed by ski makers anxious to entice the inept into buying skis that will magically bestow elite status.  Ski purveyors managed to convince an easily beguiled public that fat skis would make them better at everything, when something closer to the opposite is the case.

If skiers don’t know how to achieve a high edge angle and apply pressure to said edge, putting them on too wide a ski will ensure that this skill forever eludes them.  They’ll never feel comfortable with their feet extended away from the center line, so the nirvana of continuous carving that the advent of shaped skis seemed poised to bestow remains for them eternally out of reach.

Fortunately, there’s a plethora of great, not-so-fat models that are pure bliss on edge.  This is an important schism in the world of ski design that all ski buyers should note: narrower skis are meant to maximize the accuracy of edge-to-hard-snow contact while their chubby polar opposites seek to optimize – and to some degree minimize – the base-to-soft-snow connection. The two families could not be much more different.

What they have in common is that almost every major ski maker makes both types of skis in the same factories so both are made with the same level of quality.  So while it’s really hard to find a bad ski, it’s very easy to pick the wrong one for you.

But improper ski selection isn’t the only reason why today’s skis are better than today’s skiers.  A more likely suspect is Americans’ aversion to taking lessons.  Skiers in this country seem to reach of level of contentment with their skiing when it allows them to self-define as “expert” despite all evidence to the contrary.

Our illusions are among our dearest possessions.  Lord knows I would not have made it this far in life’s parade without a pocketful of self-deceptions.  So please don’t inflate your wattles in umbrage when I suggest that many skiers who consider themselves advanced are living in a state of suspended illusion.

There is a quick, readily available and free means of discovering whether your skills in fact match your self-image: activate the video function on your cell phone and have someone you love – and can trust to destroy the file if necessary - film you during a typical descent.

Remember, the best skiers in the world have coaches. Chances are the everyday recreational skier might benefit from some coaching, as well.