RealSkiers: Where We Stand On Skis 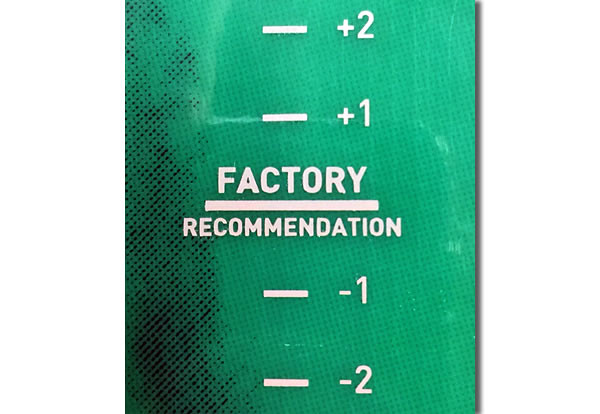 For as long as skiing has been a sport, skiers have squabbled over the ideal location of the skier on the ski.

The emergence in the 1970s of manufacturer recommended mounting marks did little to settle the argument.  For more than a decade there remained two accepted standards, one using a boot-toe mark and the other a mid-point mark.

By the dawn of the current era of shaped skis, the mid-point position had been universally adopted.  Radical, deep-dish sidecuts made pinpointing mounting position more important and less subject to freelance re-positioning.

Then along came twin-tips and center-mounted positions on skis with symmetrical sidecuts, creating a new binding position paradigm.  To keep the skiing public on their toes (pun intended), several manufacturers have resorted to screening multiple boot-center lines and letting the consumer pick from this à la carte menu.

How could a ski with an hourglass sidecut have a variety of positions from which it will ski as intended?  Before you answer, consider this: any ski with a pronounced rocker, particularly those with a spatulate tip, effectively move the skier around in relation to center as they transition from an edged ski to flat and flat to edged.

When traveling flat, the tip-rockered ski presents a shorter platform to the snow, effectively shifting the skier forward along its running length. As the ski is edged and pressured, the rockered area may come in contact with the surface, extending the running length and shifting the ball of the foot back toward the center of chord length (the measurement from tip to tail).

We hasten to add that not all rockered baselines are created equal, and there’s a considerable chasm separating the behavioral extremes of this design feature.  Some rockers blend readily into the rest of an edged ski while others are designed to remain permanently disengaged from what goes on behind them.

In this topsy-turvy world, how is the hapless citizen supposed to figure out his or her optimal stance position?

Read more on the subject at realskiers.com.