RealSkiers: The Parallel Worlds Of Ski And Golf Gear 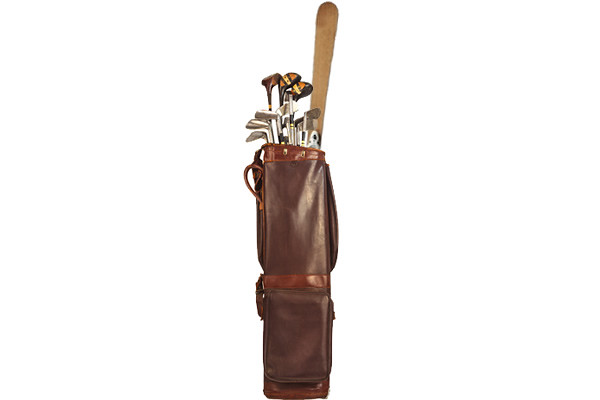 There are several important similarities between skiing and golf: both are essentially balance sports, success at both depends on managing the mind/body relationship and both require expensive equipment.

On this last point, golfers and skiers share another attribute:  they often end up on mis-matched gear because they didn’t take a moment to learn a few fundamentals that would shed light on what would be best suited for them.

To find your best set of clubs, you should understand the concepts of lie, loft and swing speed in order to identify the club design that matches you and your game.  To I.D. the ideal ski, you should inspect its baseline, sidecut and a couple of construction clues: sidewall construction and use of metal laminates.

A ski’s baseline defines how its surface meets and reacts with the snow surface, much as the sole of golf club rests on the grass at address. For most of the sport’s history, all skis had a high arch from tip to tail called camber. Now that we live in the Age of Rocker, a ski’s camber line can be bolt flat, curved in the opposite direction or twisted like a villain’s moustache.

The less surface the ski presents to the snow, the easier it is to swivel the ski or make a traditional turn without any hang-ups at tip or tail. The trade-off is the loss of complete connection between the ski edge and the snow on firm surfaces.

Expect to find fully rockered baselines in powder skis or models derived from powder ski parents.  The increasingly rare fully cambered baseline can still be found on race skis and their clones in the Frontside category.

One of a ski’s most intrinsic traits is its shape along its length. The widest point in the forebody (which may or may not be near the shovel), the narrowest point underfoot and the widest point in the rear define an arc that indicates how the ski will perform when set at a high edge angle and pressured evenly, not unlike how the loft of golf club will determine in large degree the flight of the ball.

Note that the skill of the practitioner has a great deal of power over the role of loft or sidecut.  A great skier can feather a deep-sidecut ski into almost any radius he/she can conceive, just as a tournament player could play 18 holes with a 6 iron.  But it sure helps to have the properly adapted tool in one’s hands or on one’s feet.

Skis with a big drop between tip and waist measurements will have the ability to hook up to tight turns early and often.  Skis with a longer sidecut radius will travel more evenly through 3-D snow conditions.

Everything that goes into a ski influences the behavior of the final product, yet there are a couple of construction elements that are easy for the layman to identify that relate (more or less) to ability.  Swing speed in golf is analogous to these construction clues in that the ability to accelerate the club head to maximum velocity is a differentiator in deciding what club is best for the golfer.

Two construction clues that tip off how a ski will perform are the shape of the sidewall and the presence or absence of titanal laminates in the ski’s layup.

Sidewalls come in two basic flavors and a hybrid form that uses both.  Cap constructions fold the top structural laminate over until it reaches the edge; so-called “square” sidewalls are made from a separate part that sits at right angles to the edge and topskin.  Caps are customarily made to be softer flexing and are often reinforced underfoot with a sliver of square sidewall to beef up edge grip.

Despite decades of trying, ski engineers haven’t come up with a material that works better to keep a ski calm at speed than aircraft-grade aluminum.  Two sheets of titanal, the industry standard alloy, are standard issue in any race ski.  Its only demerit is its mass, which is why you won’t find much of it in skis over 100mm underfoot and won’t find a sliver of it in any backcountry model.

If you’re a skier with a high “swing speed,” meaning you know how to work a ski correctly and comfortably when travelling upwards of 40mph, you’ll want a ski with square sidewalls and titanal laminates in its makeup.  If your happy place is below this threshold, you may prefer some form of cap ski without metal’s heft.

Now that I’ve invoked these illuminating parallels between golf and skiing, I should underscore the vast gulf that separates these pastimes in terms of personal peril: in alpine skiing, you’re the ball, making the consequences of an ill-chosen trajectory far higher than just losing another Titleist™.