RealSkiers: The Age Of Zealotry 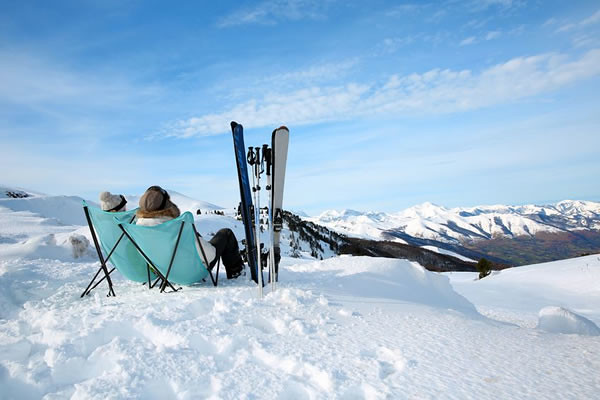 Few skiers are as zealous as Masters and Citizen racers. When the editors at realskiers worked in product development for Salomon in the early 1980s, extensive consumer research led to the identification of three skier archetypes we’ll call Tourists, Players and Zealots.

An in-depth understanding of the needs and desires of these skier types contributed significantly to Salomon’s success in developing new products.  During the period when these profiles were defined, Tourists were the largest segment, Players populated a smaller slice and Zealots were relatively rare birds.

As the market contracted over ensuing decades, its composition compressed and contorted until the Tourist-Player-Zealot pyramid of the 80s today stands on its head.  Seen through the prism of ski sales, American mountains once covered with happy-go-lucky Tourists are now overrun by hordes of Zealots.

What happened to cause such a complete market inversion?

For starters, the robust ski market of the late 1970s, while crammed with a multitude of brand and model choices, was homogeneous in one respect: the pinnacle skier was a racer and all the best skiers used some form of race ski whenever and wherever they skied. The only significant deviation was the emergence of freestyle, the sole rebellious counterweight to racing’s dominance.

But, freestyle was already on the wane when Salomon entered the ski market and the landscape underpinning the ski product pyramid began to shift.

Although Salomon’s breakthrough monocoque design all but compelled the entire industry to invest in some form of cap ski construction, it was an idea introduced along with their second series of skis that would prove to have the more enduring impact.

Alongside the by then well-accepted Equipe race series, Salomon introduced two new ski families corresponding to two other, non-racer, expert skier types: EXP, for technical skiers and instructors, and Force, for freestyle and all-terrain skiers.

Before long, fat skis would establish a toehold in the market and carving skis were just round the corner.  These design innovations presented new means of segmenting a ski line around archetypes other than racing; as expert skis and matching skier types multiplied, the product pyramid grew ever more top heavy.

Meanwhile, the Tourist population and the bargain-basement general sporting goods stores that fed them began to dry up. The escalating costs of a ski vacation diverted many middle class families into other activities. Trips to Disney venues and cruises come to mind. Entry-level skiers no longer became ski buyers; they became renters.

As expensive, high-end ski models proliferated, manufacturers discovered that skiers of average ability but above-average income easily could be persuaded that a new, wider ski would expand their horizons.

Because wider skis (and rockered baselines) are more tolerant of less-than-efficient technique, skiers felt as thought they were better without enduring the odious rigors of actually acquiring better skills. Smiles all around.

One of the defining traits of Players is they participate in many sports, not just skiing. If ski conditions aren’t great, they can find of other ways to stay active and amused. Players remain an important part of the ski market, but aggravating barriers (e.g. lack of snow) need to be low and rewards high for Players to sustain regular participation.

Nowhere is this more evident than in the Powder genre (skis over 113mm underfoot).  The ultra-zealots regularly aboard ultra-wide bodies are the film stars for whom they are made.  The super-steep, slide-prone pistes they conquer would rightfully terrify almost any consumer buying a super-fat ski.  Point being, a lot of Players and a few Tourists acquire skis made for Zealots. 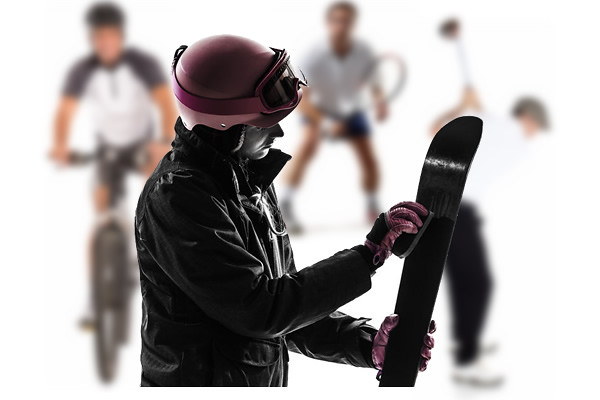 Not that there’s anything wrong with that. Deep powder was once regarded as absurdly difficult to ski, the bane of every intermediate.  The whole rationale for any sort of wide ski design remains to increase ease and decrease effort in deep snow and its evil twin, crud.

Which implies that quite a few average skiers, Tourists and Players alike, are buying skis better than they are on the premise that they frequently will be found cavorting in endless fields of fluff, conditions relatively rare even for those blessed few who live on the Alta bypass road.

You have to love Americans: we are an endearing nation of dreamers.

Today manufacturers mint different, expert-level skis at 10mm-width intervals, starting at around 66mm.  That’s a lot of made-for-Zealot models in a market still mostly comprised of Tourists and Players; it’s also a cornucopia of fat skis for people using them in conditions in which they’re more handicap than help.

If you’re a Tourist or Player contemplating your next ski purchase, consider this: after a certain point, adding more width does more to restrict one’s options than expand them. This tipping point we’d estimate to occur at 85-90mm underfoot for men and 80-85mm for women.

Of course if you’re planning on skiing deep powder every day, go as wide as you wish. We have but two questions: where are you going and can we come with you?

If you liked this article, please visit realskiers.com for much, much more, including reviews of 240 2015/16 skis and comprehensive comments on 90 2015 boots.