RealSkiers: Magic Isn't All In The Numbers 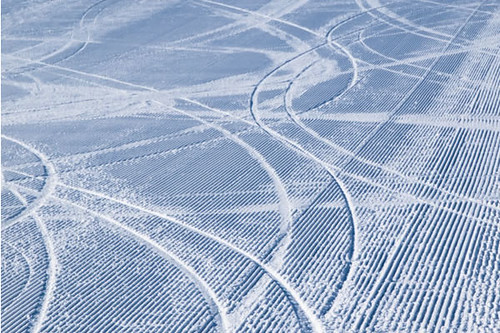 Every ski catalog, brochure and review includes a smattering of statistics meant to encapsulate some aspect of the subject ski’s behavior.  Many, if not most, ski tails likewise sport summaries of design details.

At realskiers, we provide the basics: sidecut, radius, weight, available lengths and an icon depicting the rudiments of baseline.  While these stats tell part of the story, they are no more descriptive of the total ski experience than a list of a two lips’ dimensions defines what it’s like to kiss them.

Nevertheless, the stats are valuable elements of the description; let’s revisit what we can extract from them. When we categorize skis, we focus on waist width as the barometer of behavior, and there are good reasons for doing so, but how that waist behaves depends in part on how wide the tip is in relation both to waist and tail. In other words, it’s not the waist by itself that drives behavior, it’s the total sidecut.

To get a bit more granular, a drop in tip-to-waist dimensions of 50mm’s or more means the ski’s natural turns are buggy-whip quick and its domain is the broad plains of groomers.  Something around 35mm of tip-to-waist variance will still be plenty turny when steeply edged, but will ride more smoothly through 3D snow than a more radical shape.

Radius measurement is interesting but not always defining. It’s often called a “turn radius,” but the number should be thought of as “sidecut radius,” or the arc described by the tip/waist/tail dimensions.

The sidecut radius is defined by the ski; the turn radius is whatever shape the skier can extract from it.

The reason radius measurements aren’t infallible predictors of ski behavior is because they don’t account for waist width. It’s possible to have two skis with identical radius measurements but with very different waist widths; one will go edge-to-edge with the speed of a card shark’s fingers, the other will ski like a barge with a deep keel.

Because the actual turn radius a skier achieves is a function of sidecut, pressure and edge angle, skis with a shorter radius measurement are easier to feather into big turns than skis with a long radius can be coaxed into short arcs. But even this caveat can be overridden by other aspects of the ski design, so never assume the radius number is as precisely descriptive as it sounds.

With the explosion of interest in backcountry skiing, weight has become a front-burner topic when touting any new ski.  The only ski genre that seems (mercifully) immune to the “lighter is better” virus currently infecting ski design is the race category, where weight isn’t the pariah it’s treated as off-piste.

There are many more measureable features on a modern ski, such as the length of the front rocker, the elevation of the tail rocker, the height of the camber line, where the sidecut begins relative to the tip and the degree of tip-to-tail taper angle, just to name a few.

If you were to amass every measurement imaginable, you could certainly cut a mold in the shape of the subject ski. Yet you would still not be able to replicate it.

A ski is never just the sum of its measurements. The choice of every material that goes into it, and where each element is applied, affects performance.  Even if you were supplied with a list of ingredients, you’d still be at pains to reproduce the same product if you changed even a single step in the process or didn’t use the correct adhesives.  If you don’t have the right recipe for glue, you can’t make the same ski.

More importantly, if you don’t have the right machinery and QC controls in place, you’ll have great difficulty making a second copy to the precise specs of your first effort.  Measurements of say, your 20th ski may resemble those of your 200th, but that doesn’t mean they’ll ski the same.

Because a ski is everything that goes into it and everything that happens to it in production and post-production, it’s difficult to predict the precise parameters of performance a priori.  The only way to know exactly what you’ve concocted is to go ski it.

Ski makers who take their craft seriously test a host of prototypes on snow before selecting final designs. Those who omit this step invite commercial calamity.

The point, Dear Reader, is don’t obsess over technical statistics. It’s useful to know data such as waist width and sidecut radius, but this shouldn’t be mistaken for “knowing” the ski. There’s still only one way, one utterly delightful way, to know a ski, and that’s to ski it.