RealSkiers: An Award Best Not Bestowed 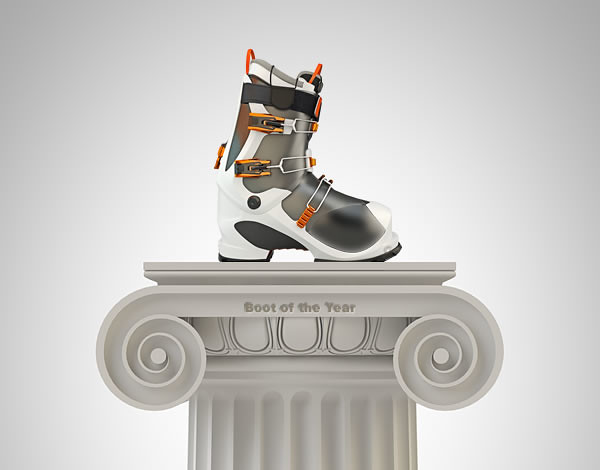 One of realskiers’ core missions is to recognize and reward excellence in product design. We’ve created a sophisticated protocol to identify the best alpine skis, sorted by terrain preference, skier style and gender.

This means we end up with a lot of “best” skis, which ought to be the case considering that the skis under examination all sell for beaucoup bucks. (Realskiers awarded 132 Recommended 2016 medallions from of a field of 240 tested models, a recognition rate of 55 percent.)

For researchers who revel in details, we show the score for every test criterion for all Recommended models on our members’ site.  We provide dozens of explanatory articles and essays to help prospective buyers sort through the thicket of skis until they’re comfortable committing to a new model.

We do no such thing for boots. Boots are not the same as skis. We’ll pause while you absorb this trenchant insight.

The problem with awarding gold medals or bestowing similar “best in test” recognition to boots is that such rituals imply that any right-minded skier would demand said shoe. This subverts the entire boot selection process by beginning at the end.

While we believe that magazine test results are founded on technical merit, we’re equally certain that commercial interests come to bear on such decisions as which model is to be featured on the cover of an annual "Buyers Guide." 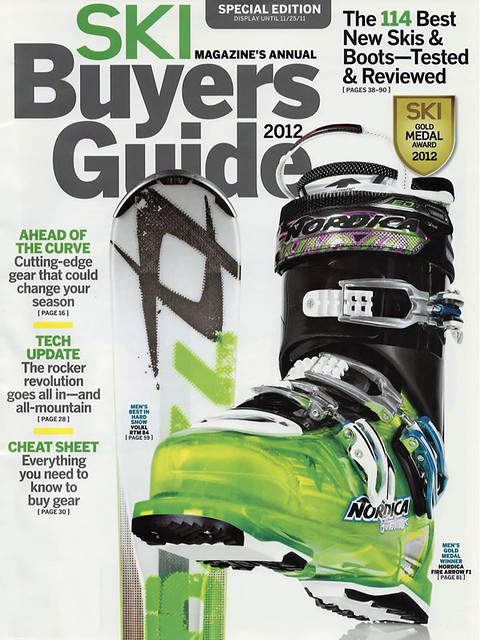 Any doubt that gold medal schemes were created to serve more as marketing tools for prospective advertisers than as insiders’ guides to selecting the best should have been put to rest forever by the cover of SKI’s 2012 Buyers Guide, which proudly promoted the Gold Medal winning Nordica Fire Arrow F1, a boot so bad it nearly brought the brand to its knees. (Mercifully, the only relationship between the misbegotten Fire Arrows of yore and this season's classic GPX’s is they’re both made from polyurethane.)

Even if a magazine panel of boot testers is ultra-qualified, its results still must pass through the editorial sieve. More importantly, here’s what every tester knows about you and your feet: nothing. They can tell you if the buckles are a pain or if the shells seem heavy or the liner feels over-padded somewhere, but they can’t match the product to your physiology no matter how much they know and are able to relate.

Does this mean we at realskiers are against boot testing?

That’s a great, big NO! We are overflowing with admiration for the folks at America’s Best Bootfitters, under whose aegis the only comprehensive on-snow evaluation of alpine boots in America is undertaken.

There is much to be learned from donning every (expert) boot extant and taking it for a couple of laps around the test track; despite their apparent similarities, boots are amazingly different.  Identifying, recording and conveying those differences can help skiers better understand the diversity in the boot market.

As a society of skiers, we would be poorer without ABB’s efforts to capture the on-snow comportment of so many boots. Their team does by far the most thorough job and ABB posts long-form reviews on its site. May we add that we think enough of their efforts to link all of our boot commentaries to their reviews?

ABB's parent, Masterfit Enterprises, also provides data and copy to SKI and SKIING magazines for these pubs' annual buyers’ guides but a funny thing happens between slope and page.

While ABB reviews are concise summaries of what the test team found about this or that boot, SKI attempts to rank the un-rankable, awarding boot gold medals through last year. This season, they’ve dropped the medal ceremony in favor of anointing “Winners.”

But the boots being ranked side-by-side are a hodgepodge of fits, consisting mostly of the stiffest available flexes intermixed with a smattering of softer boots apparently intended to serve as lower cost alternatives.

In fact, SKI’s “Winners” seem to have earned slight edges over reputed peers by being the stiffest of the lot. These are not models that consumers are most likely to buy and certainly should not be the only boots consumers think of as “best.” They are “best” only for the few - often professional - skiers who can operate them.

At realskiers, our principles are unclouded. While we comment on boots so our visitors can better understand the market, we don’t pick winners. Instead, we strongly suggest the boot buyer focus his or her energies on finding the right bootfitter who will see the selection and fit process through to a happy conclusion.

To facilitate this outcome, we link our boot commentaries to the specialty dealers who carry boots in that model family.  If you want to try on the “gold medal boot,” by all means, have at it.  But listen to your chosen bootfitter should he or she urge an alternative. It might well prove more valuable to you than the winner of an award best left unbestowed.

If you liked this article, please visit realskiers.com for much, much more, including reviews of 240 2015/16 skis and comprehensive comments on 90 2015 boots.